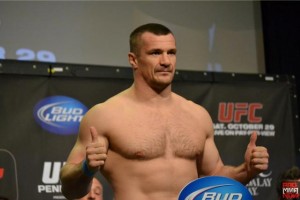 USADA, the independent administrator of the UFC Anti-Doping Policy, will handle the results management and appropriate adjudication of this case involving Cro Cop. Additional information will be provided at the appropriate time in the process.

Interesting timing on the retirement. If you read Cro Cop’s statement he stated he tried everything possible to help his shoulder injury, but to no avail. It would be no surprise if some of the medications they used contained banned substances. That’s one theory. Another theory has to do with a lot of the TRT-era guys getting weeded out with the new USADA testing standards. It’s all part of the process. A legend has retired. That’s it. It’s over. Let’s please move on.