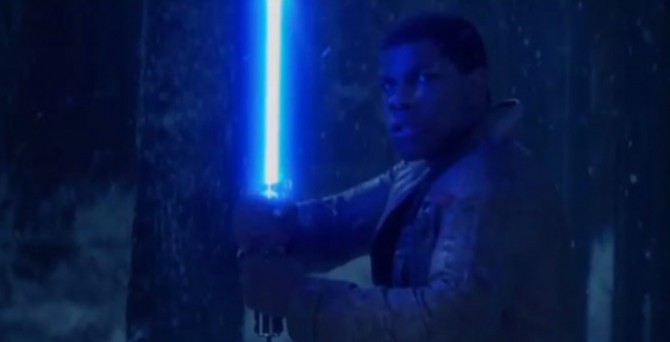 There is an Amazon listing for a Star Wars: The Force Awakens 1000 piece jigsaw puzzle in a collectible tin.  So? So, the image on the puzzle is of Finn (John Boyega) and the listing labels him as Lando Calrissian’s son. Calrissian was played by Billy Dee Williams, who has hinted that he may make an appearance in the new Star Wars movies.

Some people close to the film have come out and said this was false, namely Making Star Wars.

It would not be surprising if this was the case, but as of now it is an unsubstantiated rumor.