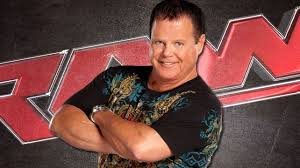 AuburnPub.com recently chatted with WWE Hall of Famer Jerry Lawler. This was to promote Northeast Wrestling’s “Prison City Slam” event taking place on Friday night in Auburn, NY. The full interview is at this link.

Here are some of the highlights.

On working the independent circuit:

With WWE, it’s such a big operation. Most of our shows, it’s just impossible to have that kind of close interaction with thousands of fans at a show. I really enjoy doing the smaller shows. I do these at least once or twice a week still.

On the current WWE roster:

“The company is in good hands because there’s so many young, good superstars out there who are on the rise. I don’t have any doubt that there’s going to be some major stars developing over the next few years.”

On what his legacy will be: