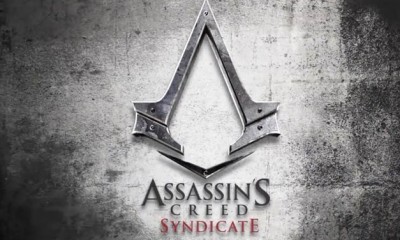 Assassin’s Creed: Syndicate is the follow-up to Ubisoft’s good, but not great Unity. In Unity we saw assassin Arno Dorian run around France in a plot that was so confusing and underwhelming that I was never fully invested in the game. The side missions weren’t truly connected with the main story line, the riddles to get special armor were unnecessarily hard, and the assassins were a bit part of what we wanted more of. Furthermore, we were placed in the role of a gamer at home…something we already were and without the knowledge of present day assassin activities – I never saw the point. We were almost like a beta tester and in some cases it felt like we were due to the crazy bugs in the game.

Set in London in 1868, Syndicate is bold, beautiful, and engrossing. You play as the charismatic Frye twins, Jacob and Evie. Evie is obsessed with precursor artifacts and the Jacob is focused on killing templars to reclaim London. These are the two most important parts of the Assassins Creed franchise for fans and we get both again. We want a reason to kill them and to uncover more about what the precursor artifacts do as we move ever closer to modern times. We get everything and more in this game.

First off, side missions are everywhere. There are cart shipments to hijack, trains to rob, boat shipments to sabotage, and cargo to steal. All of these reward money and experience. You have to kidnap templars in some cases instead of kill them and that in itself can be unique and satisfying. The kidnap missions sometimes seem a little too challenging if the guards are really close together because you end up having to kill all of them and eventually chase down the fleeing target. It is not enough to take away from the game, though.

You liberate parts of London piece by piece by shutting down child labor factories, killing and kidnapping targets, and ultimately having one massive gang fight over the entire region after liberating each piece of it from templar rule. It is a truly rewarding experience to not just clear the areas of templars, but to take it over completely from the enemy gang, The Blighters.

You can craft, upgrade, and flat out purchase gear that you have unlocked. Sometimes it is annoying that you have to hope to come across a schematic that you really want, especially the gauntlet ones. There can be dozens of chests to find and loot money and crafting materials from before you get to the schematics. However, once you find the schematic it is truly rewarding.

Jacob forms a gang called the Rooks, which you can upgrade. They can fight for you, sabotage enemy weapons and carts, and even run a pub with its own set of upgrades. At one point you can buy an upgrade to stop the Blighters from attacking you in the streets and that is a very cool way to spend your money. Speaking of which, money is not as hard to come by as it was in Unity so you will not feel as angry at Ubisoft for putting micro transactions in their games. You can buy more crafting materials and money via the console store. It is tempting sometimes when you HAVE to have an upgrade you want or a new weapon.

Weapons in the game are guns, knives, sword canes, and bad ass brass knuckles. Each one has a trait it focuses on more than another. Lethality, stun, and attack. Stun is helpful for multiple attackers and multi kills. Multi kills are moments where you dispatch of two or more opponents near death at the same time in a creatively brutal mini cut scene. It is very satisfying if one of the attackers has been troublesome.

There’s a fight club and some of the best mysteries to solve in any game ever sold. You interact with people like Karl Marx, Charles Darwin, Charles Dickens, and many more that I will not spoil for you. Each set of quests can award you outfits, perks, weapons, or just experience and money.

Your base of operations? A moving train! It actually travels around London and can provide you with side missions from teammates on the train.

Stealth in the game is greatly improved. It feels like you have a chance of not being seen unlike Unity’s unforgiving sneaking around. Evie can spec in to skill trees included in the game to become completely invisible if she is stationary for a second or two as long as she remains still. It’s an epic inclusion in to the game. Free running has been greatly improved and the flawed window entry system has finally been fixed!

Collectibles are things like glitches, vintage bottles from pubs, pressed flowers, and music boxes. Flowers collected will unlock outfit colors when you have collected enough. My one complaint is the music boxes. They are hard to find and you need 32 to unlock something in a vault. Ubisoft still has not figured out that almost no one wants to run around looking for little items to unlock something that you most likely will not obtain until nearing the end of the game. We would like the same system as the flowers. Five of the music boxes get you one piece of armor, ten gets another, and so on. Finger of shame for making us suffer through tedious and frustrating repetitive searches. Truthfully, I will NEVER complete this part out of protest. It only encourages them to include more of these types of collectible hunts. Unity should have taught them that.

Finally, there is the addition of a grappling gun that makes traversing to sync points, launching across streets, and escaping capture much more exciting and efficient.

I have only scratched the surface on all that this game has to offer. With that being said, here’s the final verdict.