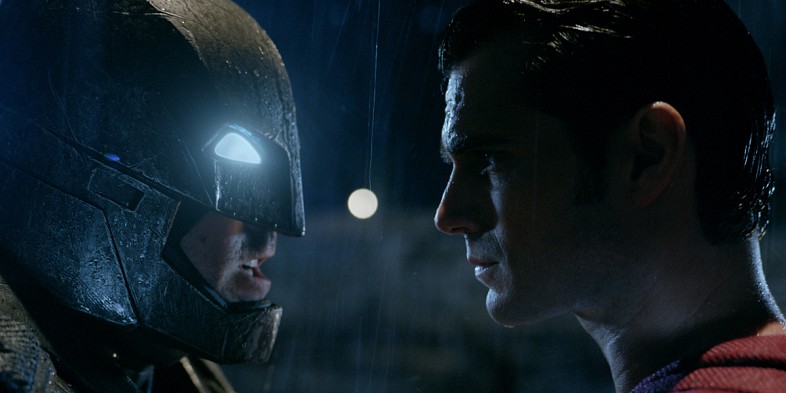 Zack Snyder is the DC fan boy hero. He has taken on the challenge of trying to rival Marvel’s superior films despite having mostly darker source material to work with. His biggest challenge to date is next year’s Batman v. Superman.

He recently opened up at a ceremony honoring the late Bob Kane, co creator of Batman, about the character and his take on the caped crusader. Here are some quotes via CBM from the event.

Recently, I got to make this film Batman v Superman, and in the process, I had to design a Batman character. I had to do a suit. I don’t know if you know anything about the process, but what you do is over months of meticulous designing and editing, you come to an aesthetic you believe will be the Batman you want to see. Along with my costume designer Michael Wilkinson, we did just that and we came to the point where we were going to test the suit on Ben [Affleck]. So, we had built a set of an alley, graffiti, barrels with fire, steamy stuff, and it was this very kind of noir-ish setting to film our Batman for the first time. Ben put the suit on and we put him in front of the camera and I was just having him turn and look around looking Batman-ish, and it was amazing because I felt in that moment that I had achieved this goal that I had set out for myself. When I looked at Ben, he was the perfect personification of the Batman I had in my mind.

Batman, unlike Superman or Wonder Woman or Flash, is a guy without powers.He’s a man. He’s all of us. I think that’s it. We all carry around a hero inside of ourselves every day. It’s that guy. It’s Batman. I thank Bob (Kane) for that. we all owe him a debt of gratitude. In that hero that we carry around, we realize that the hero is us, because he’s just the man. In truth, we are all the Batman.

I definitely wanted an older Batman. I wanted a war-weary Batman. That’s why, in a lot of ways, Ben was really perfect for me — we kind of aged him a little bit. It worked really great. I’m really excited about the Batman we created.

There are so many great artists who have drawn Batman. So many great comics that have been created — it’s countless. I was talking to Frank about it: ‘Dark Knight Returns’ was such a big influence on me, that I wanted to to honor him through imagery in the movie. You could still make ‘Dark Knight Returns’ into a movie, if you want. That’s what I’m saying, as far as how much we used and how much we didn’t use. The visual elements, there are some that I homage, but I don’t think the movie [is an adaptation].

The following information on Batman v. Superman provided by SuperHeroHype.

Batman v Superman: Dawn of Justice stars Henry Cavill in the role of Clark Kent/Superman, and Ben Affleck as Bruce Wayne/Batman. The film also stars Gal Gadot as Diana Prince/Wonder Woman, with Amy Adams, Laurence Fishburne and Diane Lane returning from Man of Steel, Jesse Eisenberg as Lex Luthor, Jeremy Irons as Alfred, and Holly Hunter in a role newly created for the film. Jason Momoa will also be making an appearance as Aquaman.

Fearing the actions of a god-like Super Hero left unchecked, Gotham City’s own formidable, forceful vigilante takes on Metropolis’s most revered, modern-day savior, while the world wrestles with what sort of hero it really needs. And with Batman and Superman at war with one another, a new threat quickly arises, putting mankind in greater danger than it’s ever known before.