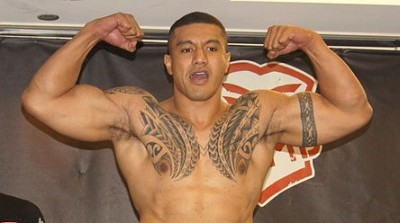 UFC fighter Soa Palelei was recently banned from visiting sick kids in Western Australia. The kicker? Despite Soa representing the Make-A-Wish Foundation they won’t let him grant a kid a dying request. The culprits? Princess Margaret Hospital (PMH) wants nothing to do with “violent cage fighting”.

PMH gave a statement to WAtoday.com:

Following the significant media coverage of controversy surrounding UFC fighting, which is currently banned in Western Australia, a decision was made by the PMH executive that it would not be appropriate to have a representative of the sport visit the hospital. PMH has a duty of care to its patients, their families and staff. With many people in the community having very strong views about this particular sport, due to its perceived level of violence, and the fact it is banned in WA, executive staff felt this was the best decision at the time.

Palelei issued his own statement.

I was dumbfounded in a way. You want me to do a 24-hour grind, put my body on the line for you, raise money for you guys, but you won’t let me see the kids? It’s disappointing. I can’t go in there to see the kids.

The upcoming Melbourne UFC pay-per-view (PPV) only became legitimate after a local ban on cage fighting was lifted.

It is mind boggling that a child’s request was denied over politics. Plenty of professional wrestlers with less character than Soa have been allowed so one could ask what the difference in the violence is? We back Soa Palelei and believe that the child should have his/her most likely dying wish.