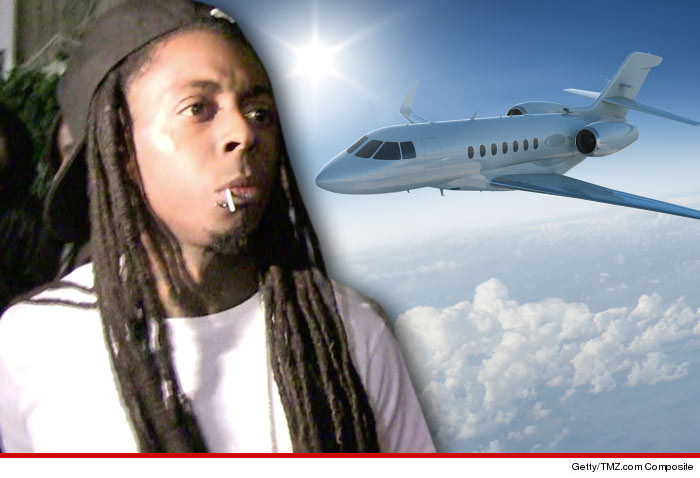 Rap star and alien Lil Wayne forgot to pay a bill – a pretty big one. So because of this he now has pay $2,000,000 to Signature Group. The company leases private jets for the rich, famous, or both . TMZ jumped on the story when he missed the first TWO years of payments. Imagine missing a utility bill payment for two months. It’s hard to imagine how that was allowed to go on.

Lil Wayne had $1,000,000 due on July 14 and get this – he claims he never signed a contract with Signature – but still used their aircraft? The court saw through Wayne’s fibs and because of late fees that one million turned in to two million owed. In addition Young Money has to pay $200,000 in attorney’s fees.