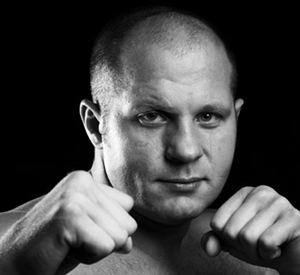 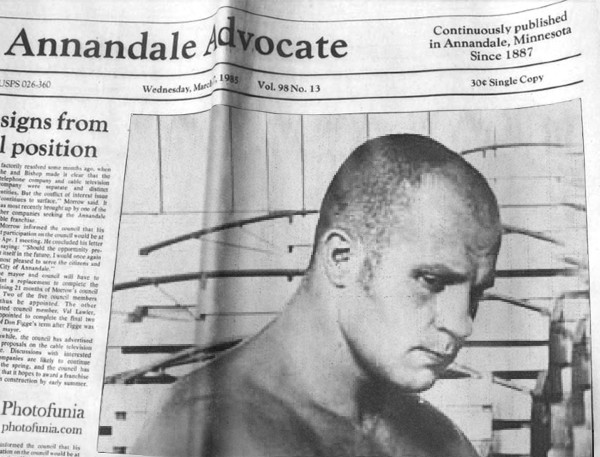 The return of The Great One has been announced. The rumors of his demise were greatly exaggerated. Training in some grey Soviet bunker somewhere Fedor Emelianenko slowly lifts cinder blocks, bends steel and does pull-ups thinking about his upcoming debut in the UFC at the very tender age of 38.

The GOAT signing with the UFC has not yet been confirmed, but I expect it will be shortly. He’s made it known that he wants a rematch against Fabricio Werdum, the man that ended his decade long winning streak in 2010 in Strikeforce. And revenge is a motherf*cker as they say. It’s also a pretty damn good motivator.

In honor of Saint Fedor’s return to action we’ve selected the top 3 fights we would want to see.

1. Fabricio Werdum – This one’s the most obvious. Fedor got too comfortable in his guard and paid the price via triangle armbar. The MMA world collectively gasped and the invincible aura that surrounded the Russian vanished like genie smoke. Of course the King would like a do-over on that one and we’d love to see it too. Should he get an immediate title shot against Werdum? Well, hell yes he should, if he still holds the title at the time.

2. Mirko Cro Cop – These two had one of the most memorable fights of all time at Pride Final Conflict 2005. Fedor successfully defended his Pride heavyweight title with a unanimous decision win over Cro Cop and the bout was named “Fight of the Year”. Mirko is 40-years-old now but has won his last three fights, most recently stopping Gabriel Gonzaga via TKO back in April. These two have history together, are from the same era of fighting and it would be amazing to watch and see if lighting can strike twice between these two.

3. Mark Hunt – Remember when Mark Hunt fought Roy Nelson? We saw two of the toughest men to ever live swing for the fences. I expect we’d see the same type of thing if Hunt got a rematch against Fedor. The two first battled in 2006 when Fedor defended his Pride heavyweight title by submitting Hunt with a kimura in the first round. In the rematch our hope is Hunt could keep it standing and we’d see a slugfest of epic proportions between two of the hardest punchers to ever compete.

In honor of The Last Emperor check out this 10 minute highlight reel and see just how many people consider Fedor Emelianenko the greatest of all time.

And just in case Fedor signs with Bellator, we’ve got this list.