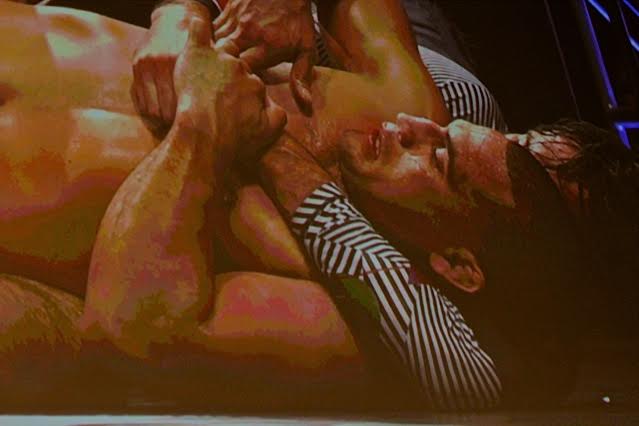 The 4th installment of the Eddie Bravo Invitational Tournament took place this Summer weekend on Saturday, August 15, 2015 in Los Angeles, California at the Orpheum Theatre. The 16 man tournament showcased the most exceptional athletes in today’s grappling community, with an offered $20,000 first place prize.

After failing at winning gold at EBI’s third event, it was Eddie Cummings who with a vengeance was crowned the featherweight tournament champion with his commanding performance in submitting all four of his opponents via heel hook. He submitted Kevin Berbrich, Russ Miura, Baret Yoshida, and then Joe Soto in the finals.

But, it was Soto, an underdog and  Central Valley dark horse who was the event’s real emerging star. The Porterville wrestler and UFC bantamweight took out the tourney’s international top ranked grapplers in their primary sport, defeating Eddie Fyvie, Geo Martinez and Joao Miyao, before losing to Cummings in the finals.

Sun Tzu, known as the ancient Chinese Philosopher, was once quoted, “The supreme art of war is to subdue the enemy without fighting.”

Thus small farm town fighter Joe Soto who was virtually unknown to the BJJ community had to prove himself to the hostile crowd again and again through his dominating performance which was inspired in remembrance of his deceased Mother. Soto dedicated his successful matches as accomplishments to her through his declaration on his Facebook page where as an introspection, he stated,

“If I could live my life again I wouldn’t do it differently, Prolly bring my mother back, just so she could witness me.”

The post set off a firestorm that left many declaring their fidelity as true fans of Soto.

“Joe Soto deserves your respect. Firstly, he is a highly successful MMA fighter, respect his move to fight today’s top submission grapplers. Secondly, last night Joe was an underdog, a complete warrior and a brown belt. I was right there on stage watching his performance and it was incredible. All heart. I watched him gas out and catch second winds. I watched him defend very deep leg locks and attack right back with his own. He stayed in the pocket with world class opponents and figured out how to win when he needed to. You are criticizing him for stalling but in fact he never stalled in regulation he was always in the action. In OT he was supposed to stall because it was a contest for time. You try to rear naked choke Joao Miyao before you hate on his strategy. When winning is more important than prize money it shows where your true spirit is and there is nothing wrong with how he survived and fought back to make it to the finals. I was watching his face up close, I felt what he was going through and it was not easy. He sucked it up and found a way, just like all of you would and should, in those circumstances. Maybe on camera it looked one way but I assure you Joe is not a punk. Ask the Diaz brothers. Be inspired by Joe, congratulate him for what he did, don’t complain about his art of war, complain about the rules. Most of all, even with all said above, don’t refer to his approach as cowardly. He went toe to toe with some of the best last night.”

The Eddie Bravo Invitational is today’s signature brand presented as a radical progressive concept series revolutionizing Jiu-Jitsu tournaments by challenging the conventionality of many of its BJJ competitors like Metamoris and NABJJF, which all took place in Los Angeles by chance within the same weekend.

The EBI tournament is directed by the legendary and visionary Eddie Bravo who is established as a respectable name in the world of combative and mixed martial arts. EBI showcases elite grapplers whose game is played through an innovative set of rules whose purpose is to add excitement to the game. The players participate in a submission only format where all submissions are allowed within its 10 minute match span time. If there is no submission the match goes immediatley into overtime. Within the overtime rules, the athlete then begins from either a submissive or dominant position for three overtime rounds, where the victor is finally determined by the combined quickest submission and escape times.

EBI 4 was held at the renowned historic Orpheum Theatre located on Broadway in downtown Los Angeles, California. EBI tournament participants were selected as the cream of the crop from Bravo’s many academies across local Southern California, throughout the United States and the rest of the world.

UFC Heavyweight Champion Fabricio Werdum along with UFC color commentator Joe Rogan, who is a good friend of Bravo’s, were among the spectators in attendance at EBI 4.

Bravo is known throughout the combative world for his victory which dethroned black belt specialist Royler Gracie by triangle choke in the 2003 Abu Dhabi Submission Wrestling championships while holding a brown belt.