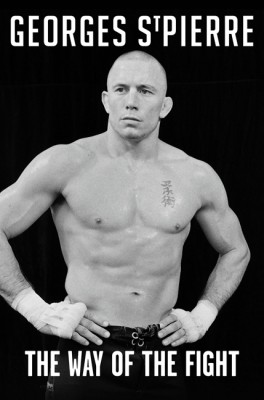 Well, it’s happening. Dana and the UFC brass have been on fire lately in terms of coming down hard on anyone who speaks out with a negative opinion on things the UFC does. Specifically, Reebok. See the firing of legendary cut man Stitch Duran for a good example.

The latest to speak out is none other than former UFC welterweight champion Georges St. Pierre. His take is different though because he is speaking out about the UFC’s policy on speaking out.

I have my place among the UFC and I’m wealthy now. A few years ago, I didn’t make as much money. It was easy for people to say, ‘Oh yeah? You talking bad about us? Out! You’re out! We don’t hire you.’ There are a lot of guys in the same situation. They think the same things as me, but they don’t have the power I have. I don’t need to fight anymore. If I don’t want to fight, I am wealthy, I am happy. I don’t need this anymore if I don’t have to. Maybe I would like to, but I don’t need to.”

Some of the guys, when you’re a professional athlete, it’s not a jet-set life. It’s a very hard life. These guys, they don’t make a lot of money. They need to keep their mouths shut. If you open and say what you think, you saw what happened in the Reebok thing. If you talk bad about certain things you’re kicked out.

That’s pretty amazing that someone who could put themselves in danger of making the UFC’s hall of fame would stand against the company. However, he did specify that he thought people who were dependent on the UFC as a job should watch what they say.

Maybe his speech wasn’t as brave as it appears? What do you think?