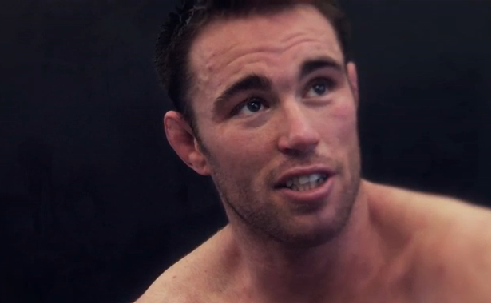 “Man I was absolutely astonished he didn’t take a point to be honest with you. I never really paid attention to Steve Mazzagatti but I know he has a terrible reputation after that,” stated Jake Shields following a kimura submission loss to Rousimar Palhares at WSOF 22 last weekend. … “After today I think the guy is a joke and I’ll refuse to have him ref me again. … There’s no way I’ll have that guy ref me. … He blatantly let the guy put his thumbs in my eyes over and over.”

Shields appeared as a guest on Submission Radio after the fight to talk about Mazzagatti’s failure to do anything, not even take a point, for repeated eye-gouging Shields suffered at the thumbs of the former WSOF welterweight champion — now stripped of his title after the incident.

Jake said he’s not going to criticize Mazzagatti for what many are calling a late stoppage of Palhares’ kimura and he’d have to watch the fight again to make a determination on that. But he’s definitely not happy about the eye pokes and refuses to be reffed again by the man Dana White said would one day get someone seriously hurt in the cage.

Listen to the full interview below to hear Jake also talk about the Diaz brawl: