The new Real Sports episode about domestic violence in MMA is now available in its entirety online right here just for you. The segment was initially going to focus just on Christy Mack and the suffering she underwent at the hands of her ex-boyfriend War Machine. But as they started digging they discovered an alarming trend among MMA fighters. 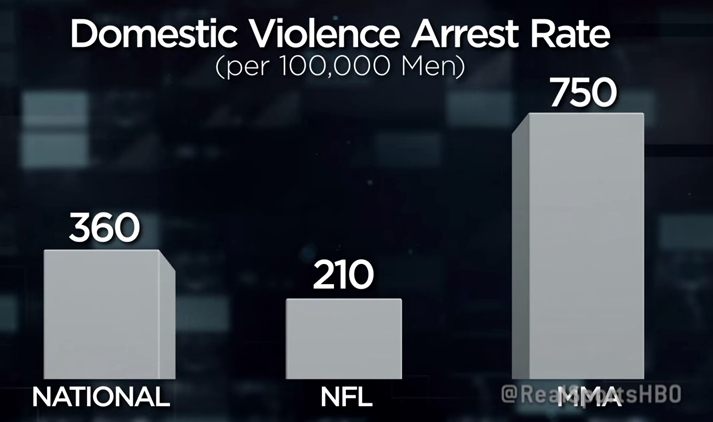 If you’re an MMA fan who’s noticed what you thought to be an alarming trend of domestic violence issues within the sport, you weren’t wrong. In addition to the Christy Mack case, the episode also mentions accusations surrounding such fighters as Thiago Silva, Kyasey Uscola, Anthony Johnson, and Josh Grispi.

And also Jason “Mayhem” Miller, who sits down with Real Sports in what has to be one of the most bizarre interviews ever. And he’s done a lot of bizarre interviews over the years — but this one is right up there, let me tell you.

Why the escalated domestic violence rate among MMA fighters? Are steroids to blame? Head trauma? Or does the sport just attract the more nefarious characters? Or is it a combination of these? Pretending there isn’t a problem doesn’t help anything or anyone. Real Sports does a great job of bringing this issue to light, but sadly the domestic violence problem in MMA doesn’t appear to be waning.