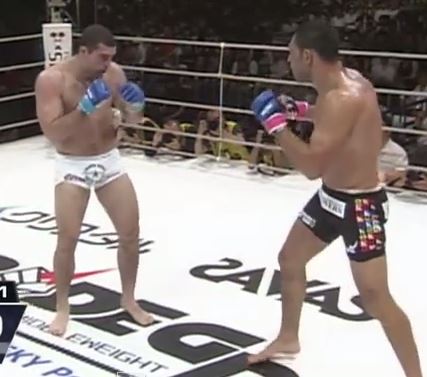 What better way to get yourself in the mood for UFC 190 than by checking out the Pride Critical Countdown bout between Mauricio “Shogun” Rua and Antonio Rogerio Nogueira, which happened all the way back in June, 2005.

The two veterans are scheduled to face off again in a much anticipated rematch this upcoming weekend at UFC 190 which takes place at the HSBC Arena in Rio de Janeiro, Brazil. The event will feature a headline bout between UFC Women’s Bantamweight Champion Ronda Rousey and native Brazilian fighter Bethe Correia.

Check out the video for Rua vs. Nogueira at Pride FC below: