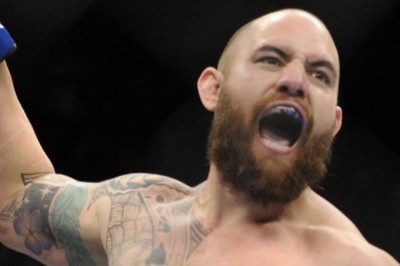 If we learned anything from the War Machine / Christy Mack fiasco, it’s when a woman makes accusations of domestic violence and posts photos online of said violence, it’s generally not a good sign for the alleged perpetrator. Jenna Renee Webb, a fitness model and now ex-girlfriend of UFC heavyweight contender Travis Browne, posted photos to her Instagram account late Wednesday accusing the fighter of abuse.

“Probably one of the hardest decisions I’ve ever made was walking away from this life and starting over. I’m still ashamed for staying as long as I did. ? #domesticviolenceawareness”

Probably one of the hardest decisions I’ve ever made was walking away from this life and starting over. I’m still ashamed for staying as long as I did. ? #domesticviolenceawareness

While Webb didn’t originally name Browne as her abuser on the post, she did identify him in the comments section after readers convinced her it was the responsible thing to do. 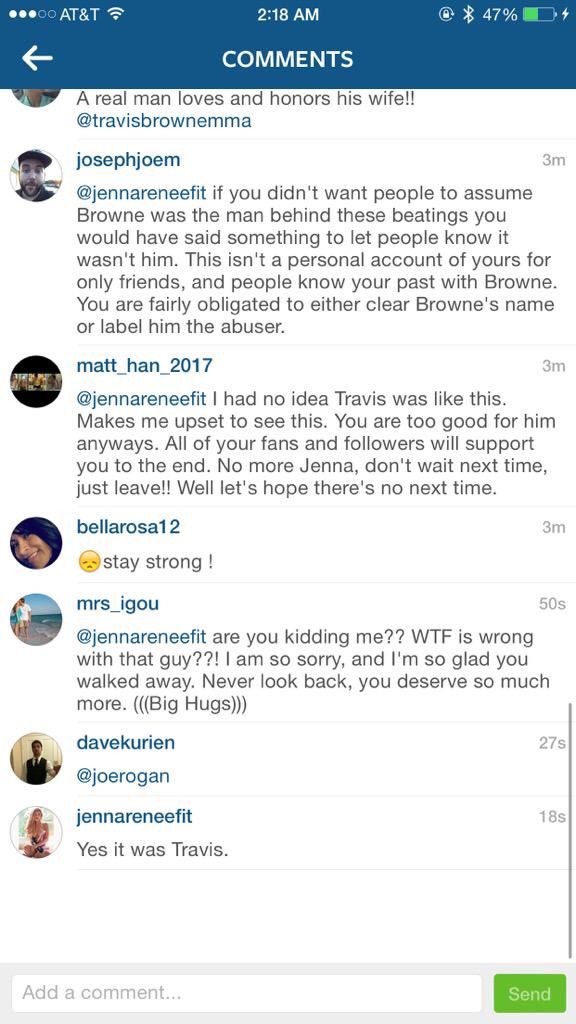 As far as we know at this point no formal charges have been filed against Travis Browne and the man has not been proven guilty of any crime. But it’s not a good look and the UFC has a harsh stance against domestic violence.

Dave Sholler, UFC Vice President of PR read a statement at today’s UFC 189 pre-fight press conference, and said they are aware of the accusations against Browne and the incident will be investigated by a third party. And while he stated Browne is entitled to due process, they have pulled him from participating in this week’s UFC Fight Week activities while the matter is being looked into.

File this in the “we haven’t heard the last of this” section and stay tuned.