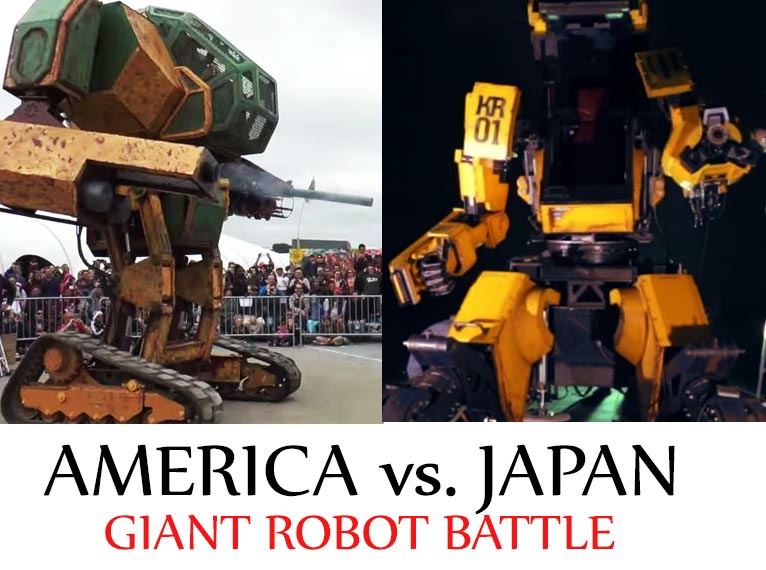 The title of this article is enough to capture any robot/tech geek’s attention, and it’s no joke. American robotic research company, Megabots, has issued a challenge to Japan’s Suidobashi Heavy Industries.

They would like to pit their fully functional giant piloted robot, the Megabot Mark 2, against Suidobashi’s Kuratas giant robot in a battle to see whose creation is the best.

In the video Matt Oehrlein explains that each team would need to make modifications to their robots in order to have them ready for battle and for this reason he suggests that the giant robot duel take place one year from now.

To the delight of robot geeks around the world, Suidobashi Heavy Industries have accepted the challenge. They uploaded their response video to YouTube on Sunday, July 5th.

Suidobashi have made just one request, that the battle includes some melee (hand-to-hand) combat.

It’s all very exciting and I for one can’t wait to see what happens. Giant piloted robots battling each other is something many of us could only have dreamed to see when we were kids and now it is only 12 months away.