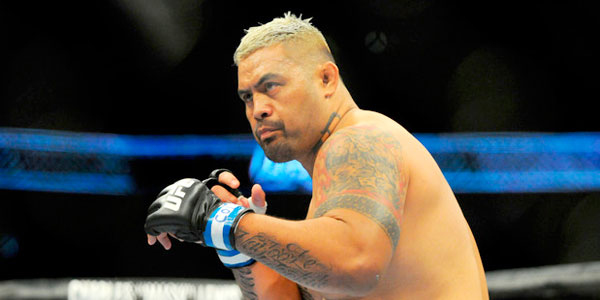 Mark Hunt is an MMA legend with a very large fanbase. His heart, power, and friendly demeanor have all solidified him as someone people can get behind. Hunt was dangerously close to finishing now UFC champion Fabricio Werdum for the interim UFC heavyweight title, but ultimately fell short. Humble in victory, defeat and life in general the New Zealander gave his thoughts to Submission Radio on an upcoming UFC event in his backyard of Melbourne, Australia.

Of course I’d love to fight on the Melbourne card. I don’t have anybody in mind. I don’t deserve the headliner because I got beaten down and stuff, but I do. I feel like I should be on the card somewhere, and I’ll be looking to come back stronger than ever and I’ll be getting ready to battle.

When asked about his next opponent he was hesitant to give a solid answer or name anyone specifically. He has never lost a rematch and was asked about struggling UFC heavyweight Alistair Overeem.

Look man, I’ll rematch anyone. I mean I still….like I said, I feel like I’m the best fighter in the world. I mean everyone goes through a couple of losses. I’ll rematch anyone and I’ll fight with anybody, anytime. It just depends on what’s happening with how UFC see me and their offer. So we’ll see how it goes and who it is for the next fight. Like I said, I will fight with anybody.

A fight with Overeem serves no purpose for Mark. A loss would forever push him out of the title mix and a win does nothing to get him closer to another shot at gold. What do you think?