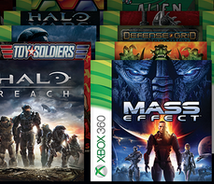 Microsoft announced (finally) backward compatibility for the Xbox One today at E3. What this means is you will finally have the ability to play all those old Xbox 360 games on your Xbox One console. Limited titles will be available starting today with the full library expected to be initiated later this year. Now go dust off those old Tony Hawk skateboarding and Shaun White snowboarding games and have some fun.

Get ready to play your #Xbox360 games on #XboxOne. #XboxE3 pic.twitter.com/emuzzpbOMa