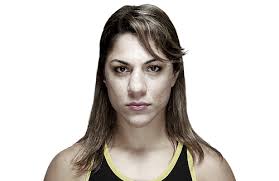 Correia made news recently for controversial comments she made toward her upcoming opponent, women’s bantamweight champ Ronda Rousey. Correia has already knocked off two of Rousey’s Four Horsewomen teammates and is now gunning for the champ. The two will meet on Aug. 1 at UFC 190.

Erick Silva has submitted his last two opponents, Josh Koscheck and Mike Rhodes, in the first round and is scheduled to face number 11 ranked welterweight Rick Story at the TUF Brazil 4 Finale on June 27 in Hollywood, Fla.

Catch a live stream of today’s Q&A right here or watch the on-demand replay at your convenience.