Ronda Rousey to Bethe Correia: ‘Suicide is no joke or selling point’ (UPDATED) 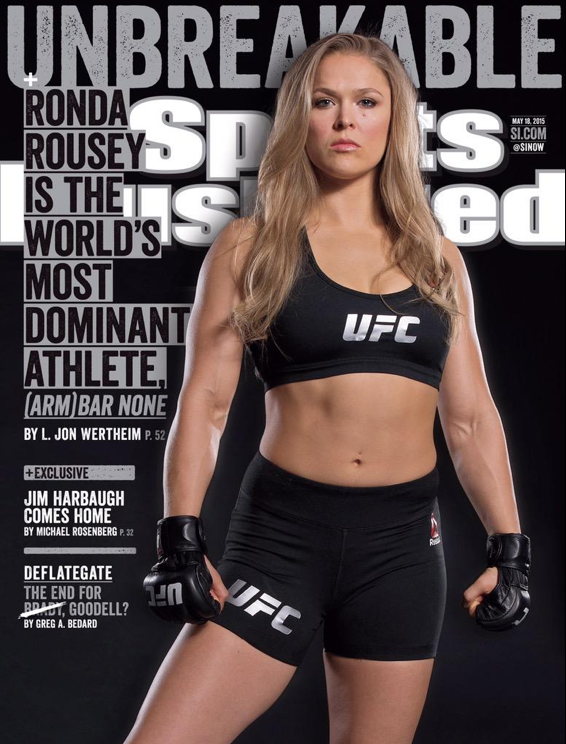 Thirty-one-year-old Brazilian Bethe Correia has let it be known she was coming for Ronda Rousey since she beat Ronda’s Four Horsewomen teammate Jessamyn Duke in April of last year. Then she took out another of Rousey’s Horsewomen with a TKO win over Shayna Baszler a few months later. On August 1 Correia will get her shot at Rousey’s bantamweight title at UFC 190.

Despite Rousey’s 11-0 record and reputation as the most dominant champion in the UFC (most dominant athlete in all of sports?), Correia (9-0) has shown no sign of fear. In fact, she continues to goad the champion, most recently stating she hopes Ronda doesn’t kill herself after she beats her at UFC 190.

The reference is to Rousey’s personal and professional struggles after the 2008 Olympics which she outlines in her new book, “My Fight, Your Fight”. Rousey admits it was a real low point before she found her purpose again through mixed martial arts. However, the “suicide” thing hits close to home as that is how Rousey’s father passed away when she was just 8-years-old.

Rousey let it be known via Twitter that Correia had crossed a line:

@bethecorreia suicide is no joke or selling point. My father will be with me the day I hand you the comeuppance you deserve.

Here’s the question. Do you really want to make Ronda Rousey angry? Do you really want to give her MORE motivation to train hard and beat you up? Or could these sort of taunts and mind games get Rousey too emotional in the fight to the point she makes a mistake that Correia can capitalize on and dethrone the “world’s most dominant athlete”?

Let us know your thoughts and if everything really is all fair in love and MMA war or has Correia gone too far?

@RondaRousey Never knew what happened to ur dad.I'm humble enough to ask u for forgiveness. Family is a godly bless to me. See u in #UFC190

One thought on “Ronda Rousey to Bethe Correia: ‘Suicide is no joke or selling point’ (UPDATED)”