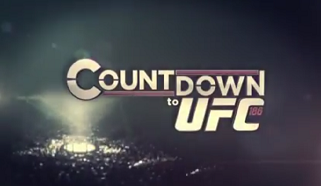 The upcoming UFC 186 PPV event will finally take place on Saturday, April 25, at the Bell Centre in Montreal, Canada. The event will be headlined by the UFC flyweight championship fight between champion Demetrious Johnson and challenger  Kyoji Horiguchi. The co-main event will feature a middleweight bout between Michael Bisping and CB Dollaway. Check out the full episode of the Countdown to UFC 186 event in the players below: