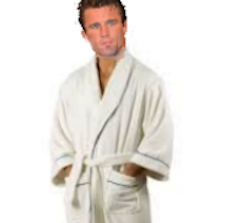 This story is humorous but it’s not funny. You may have heard about that time Georges St-Pierre was on The Joe Rogan Experience podcast talking about missing chunks of time and loss of memory which he attributed at least possibly or partially to an alien encounter — yeah, like extra-terrestrial.

Rogan saw this as a warning sign of brain trauma and felt that it was time for GSP to retire, and well, he eventually did (at least for now).

Former No. 1 UFC middleweight contender Chael Sonnen recently had his own encounter with missing time and had St-Pierre on his podcast to see if he’d ever experienced something similar.

“I was in practice. I’m wrestling, we’re bent over, we’re firing shots. I headbutt my teammate, his name is Josh Bennett and Josh has a steel plate in his head — not MMA-related. … So we butted heads hard, really hard. But I was cautious about it because I even said to him, ‘Josh, are you okay?’ I was worried about him because he had this operation on his head. Okay, fast forward. I live in a very small town. We’ve got about 40,000 residents but our whole community is involved in one hill. That’s where the grocery store is, a couple of banks are up there, the dry cleaners, the Starbucks, everything in our town happens in this one small area. So I get about three text messages from friends saying, what were you doing the other day, you were up at the liquor store in your bathrobe, what was going on? And I didn’t know what they were talking about. I don’t drink, for one, but my buddy does own the liquor store and I do pop in on him every now and then to say hi, but I definitely wouldn’t have been roaming around the neighborhood in daylight in my bathrobe. So I get this about three times and I go what’s the deal with this, so I call the liquor store and I ask the guy straight up, I say, ‘Man, I’m gonna ask you a question, and I don’t want to get into it, I just need a yes or no. Did I come into the liquor store yesterday in a bathrobe?’ He said, ‘Chael not only did you come in in a bathrobe,’ he said, ‘you wouldn’t leave.’ And I go, ‘What do you mean?’ He’s only got one cash register, George, and apparently I stood there and blocked it as customer after customer came in, and I don’t recall any of this. And so the only thing I can point to is that I had butted heads with my teammate Josh, and on most concussions you don’t remember them, but I remember butting his head. So that’s when I started texting you nonstop, was I wanted to know if you had dealt with something like this because you had alluded to being at least conscious of the fact that what we go through isn’t great for us.”

Sonnen didn’t bring up the “alien” thing, but just wanted to know if St-Pierre had experienced anything as embarrassing as walking around town in a bathrobe and not remembering it. … He had not.

Sonnen did say he got checked out by a doctor and the diagnosis was that he’d experienced a concussion.

So if you ever get a text from someone asking what the hell you were doing at the grocery store in your underwear yesterday (or something else completely uncharacteristic) and you don’t remember doing it, maybe you too have suffered a concussion.

Then again, it just might be an alien abduction.
[ads1]
[ads2]