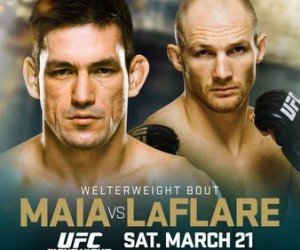 The full card and viewing schedule can be found below: