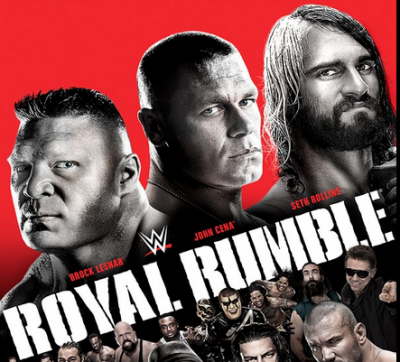 WWE’s Royal Rumble 2015 PPV took place Sunday night, Jan. 25, a the Wells Fargo Center in Philadelphia. The event saw heavyweight champ Brock Lesnar retain his title in a triple threat match against John Cena and Seth Rollins, and Roman Reigns cemented his position as title contender by winning the 30-man Royal Rumble match. Reigns is now in line to face Lesnar for the title at WrestleMania.