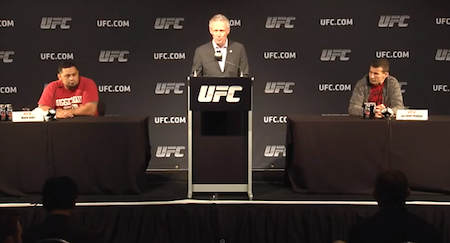 Joanne Calderwood, Jan Blachowicz and Nick Hein announced upcoming 2015 UFC events for Scotland, Poland and Germany at the UFC on Fox 14 pre-fight press conference Friday in Stockholm. They also fielded questions from the fans in attendance.