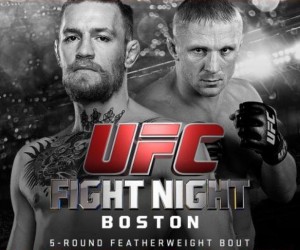 Sunday was an historic night for the UFC on FOX Sports 1.

UFC FIGHT NIGHT ON FOX SPORTS 1: MCGREGOR vs. SIVER on Sunday, Jan. 18 scored 2,751,000 viewers according to Nielsen, making it the most-watched MMA event ever on FOX Sports 1 and the most-watched MMA event on ad-supported cable television since the UFC’s TUF Finale on Spike (12/5/09).  Viewership for Sunday’s FOX Sports 1 main event peaked in the final quarter-hour, from 12:00-12:15 AM ET, with 3,162,000 viewers.  Additional highlights follow:

–       Preceding the fight, the UFC preliminary card averaged 908,000 viewers, making it the second most-watched non-PPV prelims in FOX Sports 1 history behind the Rousey-Tate TUF Finale prelims in November 2013. Impressive, given direct competition with the AFC Championship Game broadcast on CBS.  It peaked during the final quarter-hour (9:45 PM ET -10:00 PM ET) with 1,486,000 viewers.