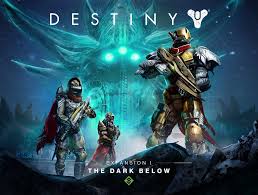 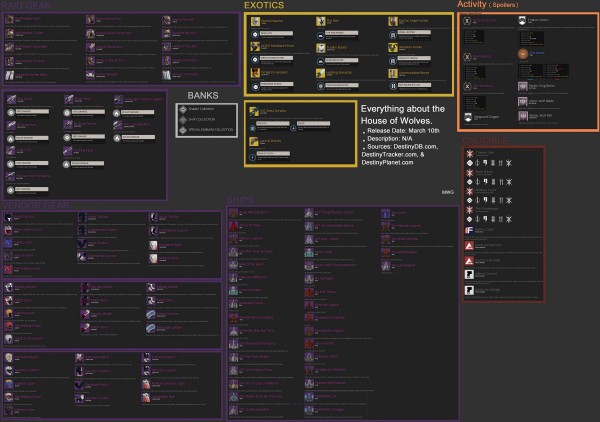 If this image is real, the upcoming House of Wolves expansion will have three new Story Missions, two new Strikes and one new Raid titled “The Arena”. It’s pretty much in line with the previous expansion, “Dark Below”.

Four new Crucible maps will also be included. Thieves’ Den on Venus, Black Shield on Phobos, Widow’s Court on Earth and The Timekeeper on Mars. There are also new game modes, “Hardcore” and “Inferno” where there are no trackers and only kills earn points.

The various vendors will receive new pieces of armor like they did with the release of The Dark Below and there are 37 new ships listed as well. The new Raid introduces a full set of armor for each class, as well as nine new legendary weapons. Our owner Jack Bratcher live streams the game and is a big fan so he is drooling right now.

Two exotic weapons, a scout rifle called 347 Vesta Dynasty and a shotgun called Lord of Wolves. The 347 Vesta Dynasty has two modifiers in Goliath, which causes non-precision kills to increase the player’s armor stats, and David, which causes precision kills to boost agility. Lord of Wolves only has one modifier – Devil’s Touch, which can cause targets to light on fire after rapid hits. Finally, there are three new exotic pieces of armor for each class.

With all of the hype around this game and the large number of players immersed in its worlds Destiny is going to be around for a long time.