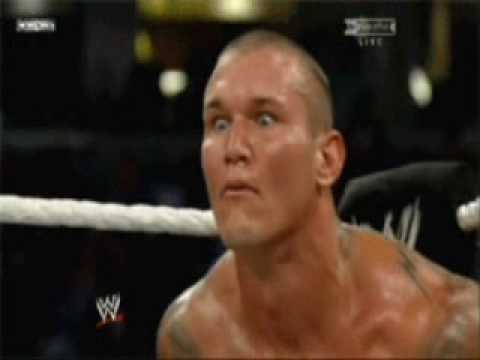 Where to even begin. The Jan 5th RAW was so poorly thought out, so poorly booked that I can only imagine the turds WWE has hired to run the behind the scenes happenings. WWE staff dismisses critical reviews because it’s easy, but if they would start putting value in some of the major sites that support them things would be different for all of us. Here is a typical meeting before a show in my opinion.

HHH: So I have this idea

Vince McMahon: Okay. I will pretend to listen then I will give a senile override making it null.

Creative team: Hurry up so we can crap on it and make it awful.

Creative and Vince in unison: Let’s tell THEM what they want. They aren’t supporting the right people dammit.

HHH: Remember the past eras when we went off what the fans cheered for?

HHH: Won’t more merchandise sell if you push the right guys. The guys people cheer for?

Vince: Yes, but we are in such dire financial straits that we cannot afford to build new superstars. We need money.

HHH: Vince. Do you realize you are bat shit insane?

Vince: Get out. Now creative…how can we book this show so poorly that even children see that we suck?

Creative: Well since we have no concept of what pro wrestling is..check this out….

That has to be how it goes. There is no other explanation. Imagine the ignorance and out of touch ideas being tossed around. People want to see the guys they cheer for succeed and quite honestly they know they aren’t getting it. There are 5 big reasons WWE is falling apart and if they read this – they will deny, deny, deny.

WWE “creative” has no clue what they are doing anymore.

Real WWE fans are confused and pissed off about the lack of anything resembling quality programming. Dolph Ziggler, hot as fire and continually punished for some unseen transgressions lost the title to Bad News Barrett. Wade Barrett, who has absolutely nothing going for him than an already stale, “I’m afraid I’ve got some bad news” won the Intercontinental title in another meaningless change that causes us not to care about the championship in the long term. Barrett’s finisher is garbage and he is just an average big man. Big man is the key because Vince LOVES bigger guys and that is continually verified. Just check out the stupid booking of Batista last year. They actually thought Orton vs. Batista is what the fans wanted. Vince loves big guys just look at the Goldberg clone Ryback. Need proof he favors big guys? Remember this parody?

HHH once said that the man makes the championship and not the other way around. Dolph Ziggler, despite a stupid name, was making it relevant again and he was punished because Vince loves him some Bad News Barrett big muscles. As fans we suffer because of the senility of a once brilliant man.

Dean Ambrose is the guy we have gotten behind and they hate it. They hate it with a passion. WWE wants to shove Randy Orton, Sheamus, Roman Reigns, and John Cena down our throats until we choke. Ambrose is this generation’s Stone Cold Steve Austin, but they do not ever want a superstar having that much power again. HHH has consistently buried rising stars like CM Punk, Daniel Bryan, and anyone else they see could stealing the long term spotlight. Yes HHH finally gives in when we the fans become so pissed off that they cannot ignore it like Daniel Bryan at Wrestlemania XXX. We want Ambrose, but they are force feeding us Roman Reigns because he is a – wait for it – big guy.

Last night Dean Ambrose lost to Bray Wyatt killing his momentum. Last year Wyatt winning was the right move, but they buried him against John Cena because he was getting too popular, and he couldn’t sell Fruity Pebble fricking arm bands and kiddo attire. They buried Ziggler, Ambrose, and newly signed talents Kenta aka Hideo Itami and horribly named Finn Balor. They have no idea anymore how to build anyone not HHH’s buddy and/or John Cena, Randy Orton, and Sheamus. They are featuring a guy no one cares about in Big E, and even worse Big Slow.

WWE no longer has faith that WWE network has enough power for “special events” to sell their product.

WWE has stupidly chosen to have important story line elements, specifically title changes on TV. They are accepting the fact that the network is a failure so they are forced to rely on TV exposure instead. Never in the history of that company have TV title changes done any good in the long run. They continue to crap all over the belts and the guys who deserve to hold them.

Special events, formerly only pay per view specials, no longer bring in substantial revenue for the company. They are instead offered on WWE’s network where they are nothing more than glorified RAW programs. They offer nothing in the way of variety anymore and it is obvious WWE creative has no idea how to make the angles they write pay off in the right ways on sais events. That’s why most of the angles do not feel big time anymore. See John Cena bringing the authority back on TV quickly with no build up as an example. That story line should have ended a long time ago.

WWE listen please. Evil bosses running the show was played out a while ago. That is ALL you have done since the Attitude Era.

The commentators and social media whoring has killed WWE

Michael Cole, JBL, and Jerry Lawler are the single worst wrestling commentating teams since Larry Zbyszko, Mike Tenay, and Tony Schiavone. They are horrible. They snicker out inside jokes. Half of the time JBL is a good guy and then the other half he is for the bad guys. Jerry Lawler and Michael Cole match JBL’s stupid grin no matter what is happening. Every time we see them it’s happy times at the announce table. Where is the passion and where is the drama? Gone so they can do their best impression of ‘The View’.

Michael Cole continually makes us feel that he looks down on pro wrestling and its fans, and not in character mind you. His very presence makes you feel he believes we are lesser human beings, maybe rednecks screaming at the TV or something. Like what he is saying is an inside joke that we are too dumb to get. I have an internationally tested IQ range of 151-163 and I can tell you I am not a redneck screaming at the TV.

I want to escape to a place where super heroes battle and the story is compelling. Ever since Stephanie McMahon described WWE programming condescendingly as “a soap opera for men”, almost like she was embarrassed about it when talking to non-wrestling media – it’s been a straight spiral down hill. See her “Think Team Edward and Team Jacob” comments in their marketing build up for John Cena vs. The Rock 1 as an example of what happens when WWE tries to be something they are not.

Back to commentating and social media. The constant interruption of matches with social media plugs should be embarrassing for them, but they don’t care that we hate it. Want to know why? Here’s the deal, this should not be a commentators dialogue.

Cole: Remember last week on Smackdown when Nikki Bella paid Natalya back for something she said on Twitter that caused drama on Total Divas that sent Brie over the edge on RAW fallout that stemmed from a Facebook post that started thanks to a battle on Instagram.

JBL: Ha ha Michael. Here we go boys this is going to be good.

It’s shameless and annoying to be reminded of everything on social media over and over and over again. They do not have a clue what their fans want. Tell your stories on TV in a way that we want and care about. Twitter followers < ratings and fan support.

WWE no longer believes pro wrestling is their future

If it isn’t obvious to you now it should be. WWE is trying to turn themselves in to a VH1 or MTV. Everything they do seems to scream pay no attention to anything but original, non in ring action, social media based content. Mark my words right now. In two years WWE Network will feature ALOT of non-wrestling material and the price will go up. Their movies will start airing, reality shows, and Netflix like serials will be a norm. Pro wrestling? Psh, that old hat? WWE will distance themselves from anything other than mainstream press to please share holders.

WWE has publicly made a statement that they want to be more than a pro wrestling company and that they covet Hollywood mainstream attention more than anything in the world. WWE studios is their shifting priority. As a former marketing director I can tell you that what WWE wants more than anything behind closed doors is for their TV programming to feed their other ventures beyond pro wrestling aspects. They want pro wrestling to be an afterthought. Get some guys on TV and make the ones who look best on camera popular so they can make movies with them. End of story. Roman Reigns will get his own action movie ASAP.

I came back to RAW last night and I regret it. I am just like everyone else nowadays – I leave my couch pissed off and with a bad taste in my mouth.

3 Hours of RAW is too much for “creative” to handle

Cash grabbing all of those commercials interrupting matches kills interest. It is the second most annoying thing behind commentators and their social media whoring.