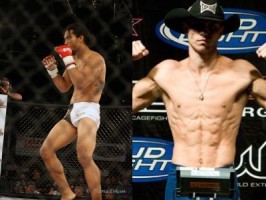 UFC President Dana White announced that Eddie Alvarez is injured and has been forced to pull out of his January 18 bout against former champion Ben Henderson. He also announced that Donald Cerrone will replace Alvarez on the card after defeating Myles Jury via unanimous decision at UFC 182 on Saturday night which is a two week turnaround.

Cerrone and Henderson faced off 2009 and 2010 back in the WEC days with Henderson winning a hard fought five round unanimous decision in the first bout, and submitting Cerrone via guillotine choke in the rematch.

The UFC Fight Night 59 event will take place in Boston at the TD Garden. The event will be headlined by the featherweight scrap between Conor McGregor and Dennis Siver.

The Cerrone/Henderson fight will serve as the co-main event. Stay tuned to ProMMAnow.com for more UFC news and coverage.