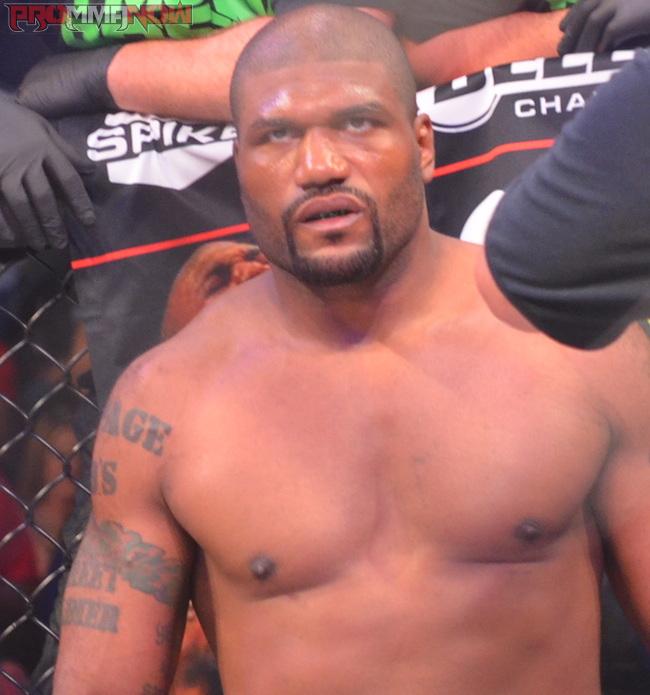 Let’s face it when we heard the news Rampage Jackson was signing with the UFC again this weekend all of us got a little excited. Rampage’s return to The Octagon is a big deal for a few reasons and we take a look at them now.

1. Rampage is a name. If some young fighter beats him he just beat the guy who was the first to KO Chuck Liddell. Rampage’s Pride days are foreign to a lot of fans across the USA unless they have Youtubed his name and discovered he had a life outside of the UFC. A win over a now, sad to say, gatekeeper in the 205 pound division would be a game changer for an up and coming fighter.

2. We won’t have to watch him potentially lose to Tito Ortiz in their impending bout. Tito has the ability to invoke naps out of people watching his fights, and Rampage is known to be motivated only for big, exciting fights. Ortiz’s stall and shoot technique would make this a snooze fest to the point Rampage may get lazy. If Rampage Jackson lost to Ortiz his career would be over. Done.

3. Rampage may get another shot at the belt. Of all the title contenders who faced Jon Jones he was the one hardcore fans got behind. Rampage is the anti-Jones. Jackson is a street wise, trash talking superstar with charisma for days contrasting Jon’s snobby, stiff primadonna portrayal of being champion. Rampage could get a shot and land a big hook and as Goldberg would say, “It is allll ovveeerrr!”. Not likely, but we would love to see it.

4. If Jackson retires it will be in an organization that means something. Pro wrestlers entering in to the TNA hall of fame will likely end up a note in Wikipedia unlike the WWE entrants, but UFC legends continue to make appearances signing autographs, taking photos with the fans, and being used in all sorts of media. Jackson deserves to end his career in the organization where he was champion.

5. We get another exciting fighter back in the division. The landscape at light heavyweight has changed enough for new faces to square off against him. Fighting the 205 division’s usual suspects like he did a few years ago, and having the view never change can make for a depressing outlook. Jackson really needs to square off against new competition and re-establish himself as a contender.

Bellator may have something to say about the signing if Scott Coker’s claims that Rampage cannot fight for the UFC are true. As a fan I hope he is done with Bellator and back where he belongs in the UFC.