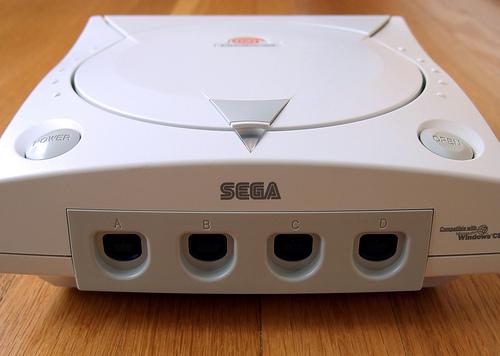 Whilst online gaming has become an essential and expected component of console gaming, this was not always the case.

Online play has these days become the norm, with online casinos, such as SuperCasino and others, ruling the online gaming experience for casual users while console services, including Xbox Live and PS Vita, cater for hardcore gamers.

But online options, especially in regards to console gaming, have been a long and laborious process which have only recently come to fruition. Even though online multiplayer experiences within popular gaming franchises of the likes of Call of Duty and Grand Theft Auto have become common place, online gameplay was originally confined to the online-only series which offered no other options.

One of the most famous and influential of these was the Sega Dreamcast’s Phantasy Star Online. The Dreamcast may now be historically known as the final nail in Sega’s coffin as a console manufacturer but this was not always the case for the label. The ill-fated device seemingly prematurely ended a succession of successful and beloved consoles which included the Sega Megadrive and Sega Master System.

However, whilst the Dreamcast was punished for its premature release and underpowered specs compared to the era’s juggernauts of the PS2 and Xbox, it did provide the first tangible steps into console online gaming.

Phantasy Star Online was the flagship title of Sega’s doomed SegaNet, or Dreamarena, as it was later known. SegaNet was a dial-up-based internet service which initially allowed free access to online modes of the console’s games. This supposedly-free service was later offset by specific subscriptions to certain online games.

Whilst the service initially proved a hit, as the Dreamcast popularity declined, it soon began losing users at an alarming rate. The service was eventually closed in July 2001, with users being given the option to transfer their accounts to Earthnet.

As SegaNet’s user-base declined rapidly in 2001, the subscription for the various entries in the Phantasy Star Online series continued to grow into 2003, with users peaking at 600,000 before the closure of the online game.

The Phantasy Star brand originated as a popular RPG series on the Sega Master System. The series transferred the complex storytelling and turn-based fighting of traditional fantasy-based RPGs, such as Final Fantasy or Dragon’s Quest, into a futuristic and technologically-advanced setting.

The series was famous for its Sci Fi-themed stories and consequentially inventive graphics. Although the Dreamcast variant of the series saw a small departure from the series in terms of its battle system being more hack-and-slash than turned-based, the main addition to this new generation edition was the online element.

Phantasy Star Online, which was designed by Sega’s legendary Sonic Team, allowed online players to team up and battle together. Whilst the limited cooperative features may seem primitive today compared to MMORPGs, such as World of Warcraft, the notion of being able to battle a punishing boss with the assistance of players from across the world was a revolutionary concept.

In the modern day, sprawling worlds filled with real-life inhabitants is common but, back in the early 2000s, what was effectively a split-screen, global multiplayer mode was a mind-blowing concept. So although SegaNet, the Dreamcast and even Phantasy Star – despite modern, multi-platform entries of the series – now being forgotten by most fans, the contemporary online console-gaming landscape may have looked remarkably different without their pioneering first steps.