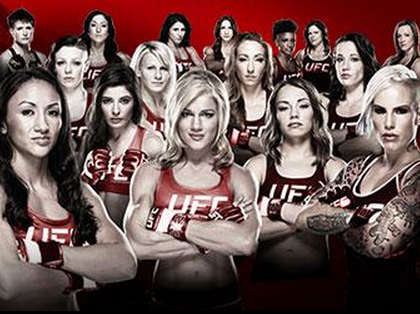 LOS ANGELES, CA – The following quotes and video links are from tonight’s FOX SPORTS LIVE UFC FIGHT NIGHT: A CHAMPION WILL BE CROWNED postfight coverage on FOX SPORTS 1. The show was hosted by Jay Glazer, with Dominick Cruz, Rashad Evans and Miesha Tate as analysts.

UFC ON FOX analyst Dominick Cruz on Carla Esparza vs. Rose Namajunas: “These two came out and went right at it. Rose defended the takedowns early, but I think she wore out quickly. The tale of the fight was the takedowns and Carla controlling the top position. It was a beautiful fight. This shows me Carla has a little more MMA experience. Esparza is a wrestler, but has evolved past that and gotten better.”

UFC ON FOX analyst Miesha Tate on what set Esparza apart from Namajunas: “Carla’s top pressure was insane. She was relentless with the takedowns, which we anticipated and she was phenomenal. She was really good at pressuring in the guard. But she didn’t want to just stay in the guard. She forced Rose to be uncomfortable. Rose is a young fighter and will come back stronger. She’ll learn from this.”

UFC ON FOX analyst Rashad Evans on what Namajunas did wrong: “I think Rose came in too flashy, throwing a lot of kicks. If you know Carla can take you down, I wouldn’t throw kicks and let her take me down.”

Carla Esparza on what it feels like to win the UFC strawweight title: “It feels like a dream. I never thought this moment was going to come.”

Esparza on her improving striking: “I really wanted to show the world I’m an entertaining fighter, I’m a mixed martial artist and I have all kinds of weapons.”

Esparza on what being on THE ULTIMATE FIGHTER was like: “It was a lot of ups and downs. The show was tough, the camp was tough and this title fight was tough, but I came home with the gold, so that was all that matters.”