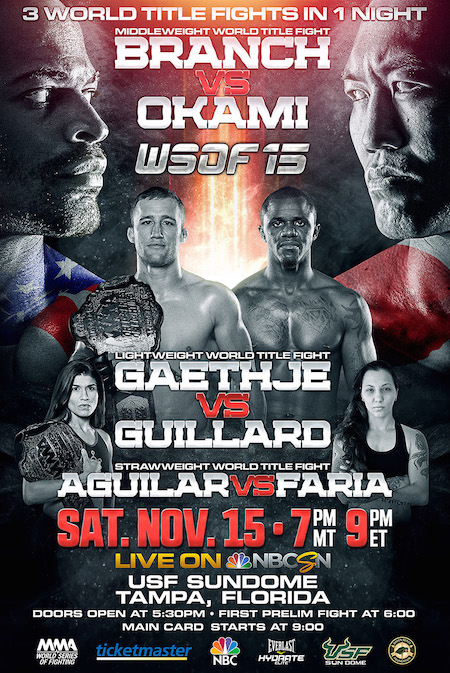 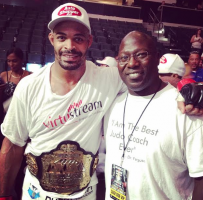 In a weekend of MMA where an “Eye” and took off an “ear”.  Where the “Hunt” was hunted and an interim championship captured.  And the women’s 115 lb champion solidified that she is the best 125lber in the world — I was consumed with someone else.

On Saturday night, I left my home in Tampa, Florida for a few reasons.

One reason was because the World Series of Fighting was in Tampa, Florida this weekend right in my backyard and my wife and I love MMA so we decided to make it a “date night” and go to the fights.

The second reason was because, one of the dudes that I train with at Gracie Tampa West, Tony Way, was fighting on the undercard and I wanted to be there to see him. I ended up watching his fight on the live stream on the website, but I wanted to let him know that I was in full support of him career.

The third reason is because I’m a huge fan of the women’s MMA movement and I just absolutely love and adore Jessica Aguilar.  She’s a fierce fighter and competitor and just a little cute ball of dynamite. She’s one of my favorite fighters and she’s just super nice and pleasant to be around.  I’ve had the privilege to watch her career over the years and watch her blossom into the champion she is today.

But the MAIN REASON why I attended the fights on Saturday was to see my main man, David Branch. 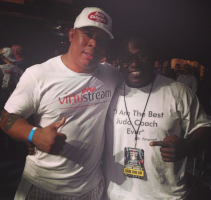 When I got the WSOF event, I ran into one of David’s cornermen and his coach, Jamal Patterson.  And Jamal said, “You got somebody fighting tonight?”  And I replied, ‘Yes, I do.  David Branch!”  And then we shook hands and hugged for a moment and Jamal asked me, “Man, do you remember when he was a  young pup in the sport and all wet behind the ears?”  And then we just laughed.

I’ve had so many people tell me about the genius and dominance of David Branch from years ago. I remember when BJJ Black Belt, Clarence Everett, told me that he was going to be a world champion one day. I also remember Jamal telling me how he was the “real deal.”  And over the years, I’ve had the opportunity to sit back and watch his brilliance in the cage.

As I get older and further and further away from my time as a competitor and more and more into the realm of a coach and scholar of the sport, I also become more of a fan.  But the difference is that I can see some of the things that a regular “fan” just cannot see.  And on Saturday night when I was watching David Branch in the cage, fighting a very game Yushin Okami, I was watching poetry in motion and diamond like brilliance in the cage.  I was watching someone who had been under the pressure of training and disappointment and setbacks for a long period of time. Someone who had been under the pressure of patiently waiting for his turn and his shot and someone who understood that pressure, over a sustained period of time would really pay off in the end and create that diamond like hardness and brilliance which he would be able to put on display when the time had come.

I watched David utilize his back and rear foot front kick to measure and calculate distance and then watched him throw shots with surgical like precision for 4 rounds before sending Okami to the canvas and finishing the fight.

After David won his fight, he walked over to the side of the cage where I was and we exchange the classic fist bump through the cage and I damn near cried because I was so proud of him.  I remembered when we were slumming it in the lower ranks of MMA together and now I was able to watch him absolutely destroy one of the best 185ers on the planet like it was a light sparring session in the gym.

And David Branch was BRILLIANT!