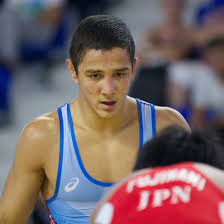 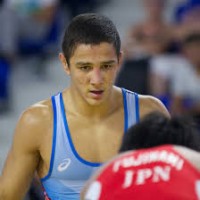 At 18 years old, Aaron Pico has become quite familiar with the terms “phenom” and “prodigy”. The California native has already captured a FILA World Championship along with prestigious national titles in boxing and pankration. While Pico’s wrestling career can be simply summed up as “dominate”, the former Junior Golden Gloves Champion considers his standup game to be most refined. As Pico now prepares for a 2016 US Olympic run, MMA’s next superstar has found a home with Bellator MMA, inking a long-term promotional contract that will see Pico compete inside the Bellator cage for years to come.

“When it comes to any big decision I make, I sit down with my family, my management team at Zinkin and the people that are around me that I trust,” Pico said. “We wanted an opportunity to achieve my dreams in the 2016 Olympics and transition into MMA, and when we sat down with Bellator, Viacom and Scott Coker, everything just sort of fell into place and I couldn’t be happier to be here and be a part of the Bellator family.”

“Simply put, Aaron has all the makings of MMA’s next great superstar, and to have him here at Bellator is something special,” Bellator President Scott Coker said. “Like many of us in the MMA community, Aaron is someone we’ve been watching closely over the last few years, and after sitting down with Bob Cook and his team, getting a chance to meet Aaron, and hearing his long-term aspirations, the fit became very obvious. I’m not only excited to see what Aaron is going to be able to do in our cage, but also watching him represent our country in 2016 at the Olympics.”