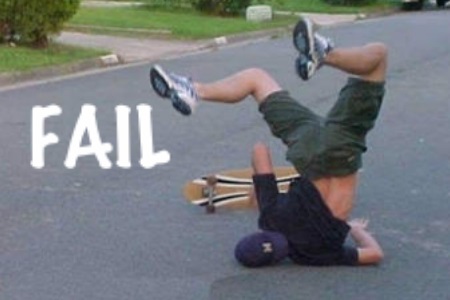 The New England Patriots sincerely wanted to thank their fans for reaching an amazing one million Twitter followers with a cool automated tweet that showed each fan’s Twitter handle on a digital Patriots jersey as long as they retweeted a message celebrating reaching one million.

The social media department didn’t think this one all the way through in our opinion.

One user who obviously hates black people retweeted it and an instant fail happened. Just like the police who asked people to Tweet pictures of them in action and were bombarded with pictures of violence – this one was on par in terms of fail. 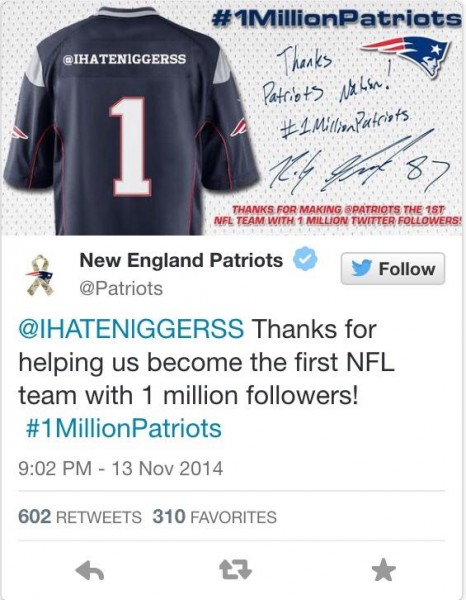