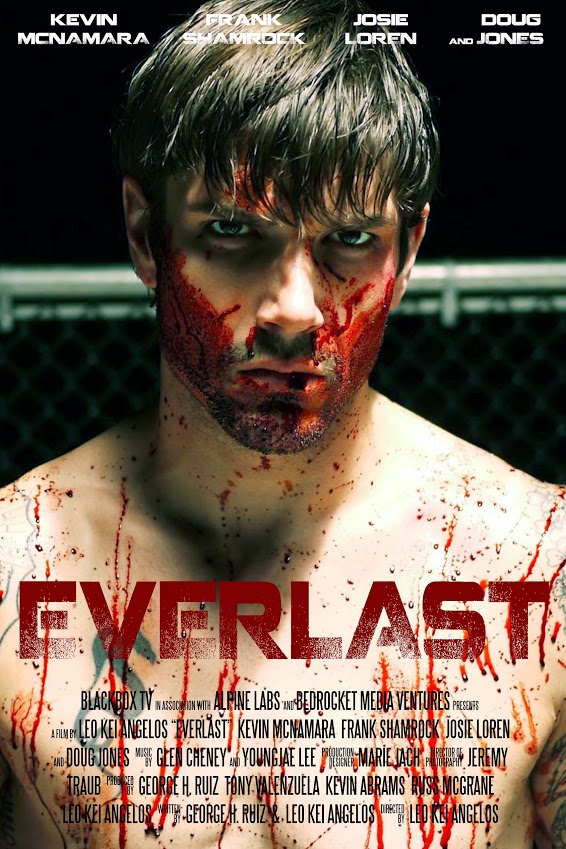 What a creepy role for MMA great Frank Shamrock to be in. Earlier this year we talked to the stars of Everlast on PMN Radio. The release was delayed some but now it is out and I will admit, it’s pretty bad ass.

The main character is Angel Shepherd who has given up on everything but MMA. He’s avoiding his woman and child. He’s got something to prove and wants everyone to know that he is the best. He is being compared to a Nikolai “Faust” that was a legend but who had passed away. He gets his chance to prove that he is the best when some weird fella approaches him about a fight with the deceased fighter. He takes it but ends up giving more than he thought.

EVERLAST was mainly shot at YouTube Space LA and the crew actually built a state-sanctioned fight cage on facility’s stage during the film’s production.