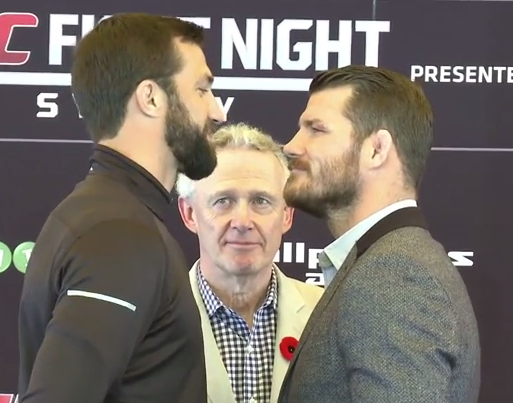 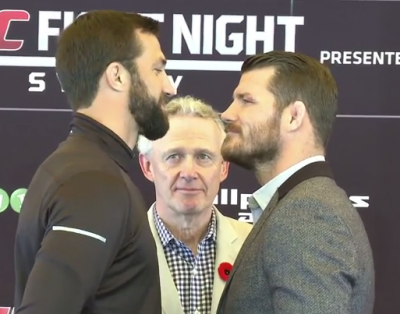 Somehow we had 11 fights and 11 finishes tonight. Luke Rockhold got the best of “The Count” Michael Bisping in the main event, submitting him with a guillotine choke in round 2. Other highlights included Louis Smolka’s side kick to the head knockout of Richie Vaculik — see the GIF below, the Robert Whittaker-Clint Hester fight, Sam Alvey’s TKO of Dylan Andrews and Al Iaquinta’s out-striking of Ross Pearson.

Watch this sidekick to the head knockout from Louis Smolka: