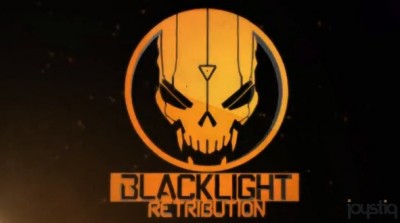 Dear BLACKLIGHT RETRIBUTION developers please fix your migration issue and awful lag issues. CRASHLAG MIGRATION is the name I have coined until you fix these issues. Nothing like spending 1000 in game pts to buy a swarm missile only to get migrated, start the map over, and not have the 1000 pts back or the item purchased.

So I’m late getting this one up but let me say this – it has been one heck of a three week stretch in the game for me. One week invincible, the next week ho hum, and the week after invincible again. Let’s get started.

First let me say this to all who stick with one playing style. You are an idiot. I play heavy armor on most maps, and then switch to something like the ArmCom armor on others like Vertigo, Piledriver, or Deadlock. Lighter armor = more speed and that is important lately. I will explain.

The bulk of people have purchased a $5 Blacklight Prime membership that allows them to purchase weapons, gear, and armor with earned in game currency. Chances are that they have picked up some very heavy armor along the way which means they are slow, and easily winded. If I were you, right now I would invest in some Ranger armor. Skirmisher pants are great to go along with  a Battle Vest or Arm Com chest armor because they give you lots of speed and two gear slots. Light armor along with the ridiculous speed boost you receive when you carry a bow make you a blur to heavy armored flatfoots.

Let’s talk about the bow for a moment. If you are ever lucky enough to be in the same game as KING_FEANOR please pay attention to the way he/she dominates with a bow. Not only does it take a steady hand at the controls and patience, it also takes a good amount of practice. KING_FEANOR is fast and accurate and you will not have to get set and camp. HRV cloaks and Invisibility cloaks make KF even harder to track or find. If you decide he is your arch enemy, and he is one of mine, then you will find yourself getting shot from behind and then getting sat on, taunted, and he will spend the rest of the game running away from you. Won’t matter because the reason he shoots you from behind, well that’s because you were chasing him and he is so fast he came all the way back around to where you were. He lapped you because knows how to use the traits that support the bow: light armor, quick HRV recharge, and patience.

One of the setups I use when I wield the bow is a machine pistol with extended clip as my primary and I switch to my bow when I need to move quickly. Most players use their light pistol for this, but the bow is much faster.

To defend against a bow wielding madman like KF you need to watch your back, and assume that a player is sneaking up on you at all times. When you activate your HRV you will see a guy like KF on the map, if you have a 7.1 or lower recharge by the time you use it again he will have crossed the map from where you last saw him. What you need is something powerful like the shotgun or breach loaded pistol so you can pummel his light armor and him along with it. Keep in mind that even though he was using the bow – if you figure him out like I have – he will switch to a gun. He’s a solid player that I usually draw even with every game.

Speaking of players there many who have become witless rivals of mine and spend their time running from me like URMUTEDAHOLE and SMAGS8, but there are some who are the yellowest of yellow. Chickens, noob chickens if you will. So to honor their fear I have decided to award the worst offenders with the finger of shame YELLOW AWARD. Yellow not like the yellow streak, but yellow like they peed their pants yellow.

The first recipient of the YELLOW AWARD is….drumroll……

Of all of the players who run scared from me this is the one that takes the cake. I crush this player on a regular basis, but on occasion he will be in a mechanized suit and shoot me, taunts, then spends the rest of the game running away as fast as he can. I never chase him, but it is funny when it is just us on a side of the map and instead or racing towards me he runs away as fast as he can. There has never been another player as bad as he is. Well, BIGMELKO23 is close, but like most guys who manage to kill me once – they leave or run the whole game.

So in closing learn how to use the bow, props to KING_FEANOR, and congrats to RAIDENRETURNS for being the first ever recipient of the YELLOW AWARD.