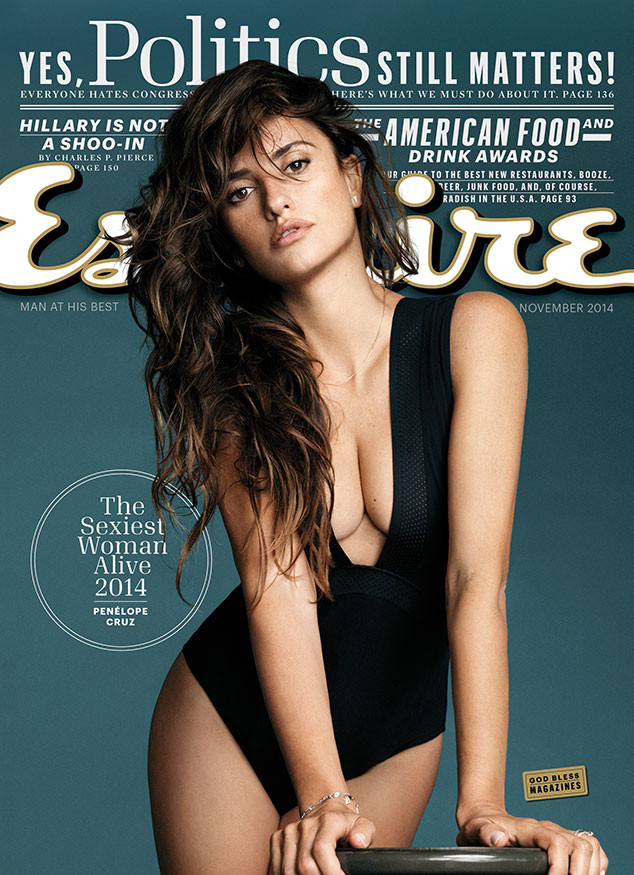 That’s the word according to Esquire magazine as the 40 year old Spanish model and actress graces their November magazine cover.

Chris Jones wrote, “has no physical flaws…Her face contains no secrets, at least not about her. But her face tells you and the room plenty about you. If you want to feel like the world’s most judged man, sit down at a table in a restaurant with the Sexiest Woman Alive.”

Cruz is undoubtedly beautiful and of course her accent when she speaks English is crazy sexy in my opinion. We have more pictures courtesy of Esquire in the video below:

I dunno about the sexiest woman alive, but she does have a bit of sex appeal if I’m being honest. However, I could probably rattle off at least 10 women I’d say were sexier than Cruz.

1 thought on “Penelope Cruz is the sexiest woman alive? *Video*”