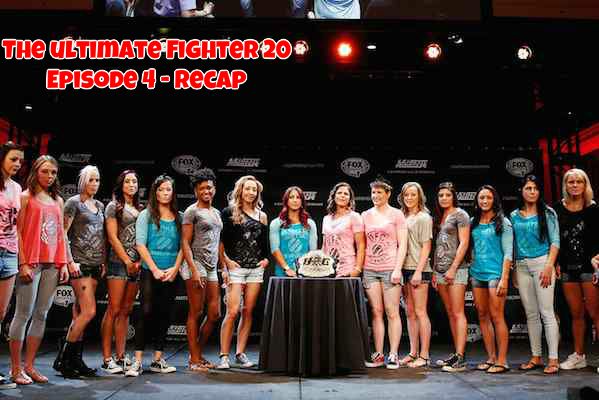 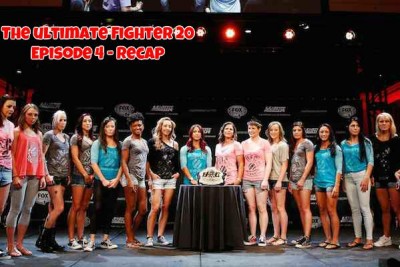 Number 1 ranked Carla Esparza will meet the 16th ranked Angela Hill tonight! Esparza hasn’t fought in over a year so this should be great. Let’s get right into the episdoe.

Farting! Yeah that is a good way to start the show right. Angela Hill is trying to make farting for women acceptable. We fast forward to Team Melendez’s training session and Heather Jo Clark seems to have injured her knee maybe? She was icing it and shaking her head after a tough rolling session.

Carla Esparza talks about her relationship with Felice Herrig. Carla comes in as the odds on favorite as she was the Invicta FC champion. Carla explains that her gameplan is to get in and take her down to work that ground & pound.

Justine Kish is starting to feel the pain of knee trouble. She talks with guest coach Urijah Faber about it and how she is worried about getting to weight with the lingering injury.

Heather Jo Clark seems to be getting on Angela Magana’s nerves. During a practice session she rides a bike because she is unable to jump in with her team. After practice Angela and Heather trade words over an ice bath.

Carla explains how she got her nickname and how she got started into wrestling as a junior in high school. Carla and Angela weigh in and square off as Hill nails 115 and Esparza hits 114 pounds.

Fight day rolls around. Carla talks about her pre-fight routine and how she can’t do the things she normally does before a fight in the house. Angela seems to enjoy some bacon and blueberries.

Hill has been touted for having knockout power and a strong muay thai background. Esparza is the wrestler and the more experienced fighter. Carla does express some anxiousness and pressure being the favorite.

Carla makes her way to the cage first. Angela kicks open the door and runs to the octagon.

After a missed takedown, Esparza strikes first getting Hill to the mat. Carla demonstrates her skill by going for submissions before mounting Hill and dropping some big shots.  Hill gets up briefly but gets wrapped up again and taken down. Hill connects a few elbows before grabbing the fence trying to escape.  She again gets back to her feet but with Epsparza on her back. Carla locks in a rear naked choke and the fight hits the mat, Hill taps out.

Next week we have Felice Herrig taking on Heather Jo Clark!!