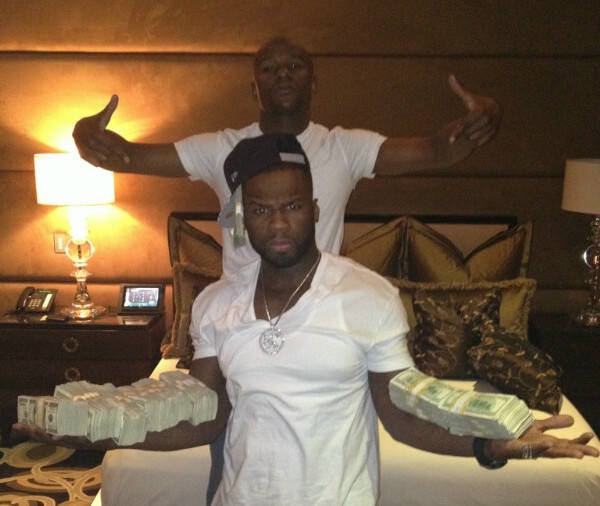 Despite a rough round three, Floyd Mayweather for the most part dominated Marcos Maidana in their rematch Saturday night in Las Vegas. During the eighth round though, as Floyd was covering Maidana’s face during a clinch, he alleged that the Argentine boxer bit him, and he made a pretty big scene about it complaining to the referee in what looked like some overacting reminiscent of bad pro wrestling. I still haven’t figured out how badly a bite could really hurt when they are both wearing mouth guards, but Floyd said his hand was numb for the rest of the fight afterward.

Floyd’s once upon a time BFF, 50 Cent, took to Instagram following the incident to give his take, posting:

Here’s a GIF of the alleged biting incident in case you missed it:

What’s your take on this whole thing? Did Mayweather have a legitimate complaint or was he just being a big baby as Fiddy suggests?

By the way, the Instagram clip 50 Cent posted comes from a legendary Youtube video called “Charlie Bit My Finger”. Watch the whole video below: