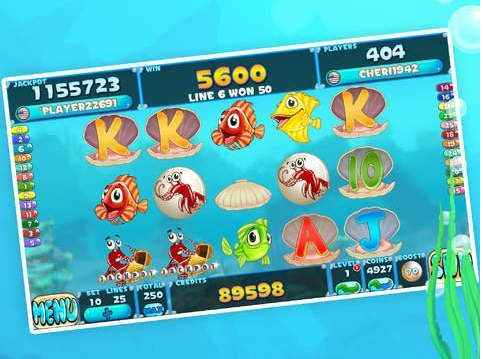 There’s no holding back. We’re a smart device-toting society and we want to be entertained wherever we may be. Accordingly, the variety of apps in every category imaginable, from news, to communication and games has boomed and every day new apps are being added.

There are many enough lists online pointing you to the best, most popular and exciting games you can download on your smartphone and tablet. In this article, we decided to spare a thought to those 1%  apps that make the upper 99% possible. Read on to find out which apps which are at the very bottom of everybody’s wish list and which you too should avoid like the plague.

Of all the ill-conceived game apps littering the app markets, this is probably the one you’ll find hidden in the dregs of the App Store and Google Play. Hold the Button might earn points for honesty, it literally involves just holding down a virtual button, but that isn’t enough make up for the fact that somebody thought it was a good idea to go ahead and create it.

The eponymous button in Hold the Button occupies the centre of the screen and just above it there’s a timer that is activated as soon as you press it and keeps running for as long as you keep holding it.

What’s so fun about watching the timer clock up the minutes and hours while you get a nasty finger cramp is beyond our comprehension; for all this button pressing action, it’s obvious the developer didn’t have his finger on what the market wants in this case.

Inevitably, when a new media platform comes to the fore there are people who exploit it for entertainment purpose. Toilet jokes are certainly the lowest common denominator of what constitutes entertainment and the creators of the iFart seem to be well aware of this.

iFart has the dubious distinction of being a fairly comprehensive compendium of fart sounds of all pitches and timbres, from human to animal. You can scroll through the different types and tap on the button to hear the sound.

This app will appeal to only the most juvenile of users and probably elicit an odd giggle or two from more mature ones, but all in all this app figuratively (and thankfully not literally) stinks. 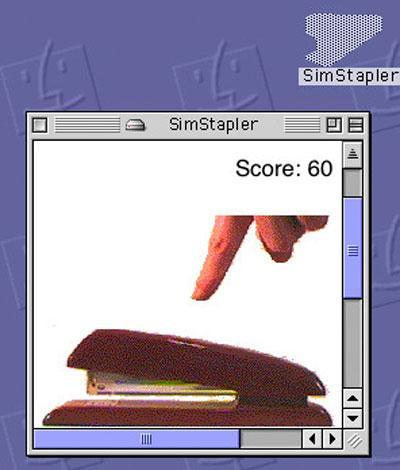 We’re completely at a loss as to what kind of illicit substance or traumatic office-related experience can drive a person to develop an app which sees you virtually perform one of the most mundane and mind-numbingly boring experiences you could suffer. Stapling.

And no, you don’t get to staple any actual documents with Sim Stapler, you simply tap on an image of a stapler and watch a disembodied hand press down on it to click in action. We tried hard to find any redeeming features in this app, but it simply wasn’t possible with Sim Stapler. Do yourself and your smart device a favour and buy a real stapler (or nab one from the office) if you desperately need to see one in action.

Kiss Me is the kind of app that one would expect to have been conceived by a stereotypical programmer with very limited opportunities to mingle socially and whose romantic liaisons are confined ogling at provocatively-arranged pixels on a screen.

For all the lonely people out there, Kiss Me offers you a chance to upload pics of your favourite celebrities or people you admire and kiss them smack on the ‘lips’, even leaving a smudge of pink lipstick.

There’s nothing much to add to this rather stalkish app except that it is no wonder that it has long been consigned to the dustbin of app history, only to be resurrected occasionally on YouTube videos and online articles about the least popular apps ever.

There’s something fishy about it all right! Fishy Slots is a casino app that only lets you play fish-themed slots, with the odd crustacean thrown in. The game features colourful, hand-drawn symbols of rather creepy-looking sea inhabitants that spin round the reel and determine your fortune by the way they line up.

Unfortunately, Fishy Casino was caught by users not adding up jackpots accurately or giving them the bonus multipliers they won while playing it, problems which were reportedly fixed in the latest version of the game. With the wide selection of top-notch casino apps available, we’re not surprised in the least that this fish can be found belly up at the bottom of the casino ranks in the App Store.

And it’s done. The five least popular games ever have finally gotten their 5 minutes of glory on our website, maybe caused a couple of developers some embarrassment, and now it’s time to forget all about them and think about the next hot app to try on your phone.

There dozens of weird and crazy apps out there, so make sure to read the reviews and check out some video before wasting precious space on your phone with apps like the above. Some are simply baits to get you click on ads and others are more malicious and infect your device with viruses.

Thankfully, it’s easy to read comments and compare apps ratings, so even a modicum of common sense can save you the trouble of downloading a dud app and install on your phone only the trustworthy and truly awesome stuff.