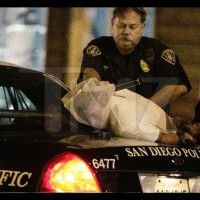 After a week on the run War Machine (Jon Koppenhaver) has been captured outside L.A. in a Simi Valley hotel. He was taken into custody by U.S. Marshals and Simi Valley police on Friday. He didn’t put up a fight and was sitting in his room with a pizza and a small amount of cash, TMZ has reported.

It’s not known yet if Dog The Bounty Hunter was directly involved in Koppenhaver’s capture, but he has been on his trail and sometimes works in conjunction with law enforcement when needed.

See our CAPTURED!! | Countdown: War Machine capture watch for a timeline of events since then.

And stay close to www.prommanow.com as more information becomes available.