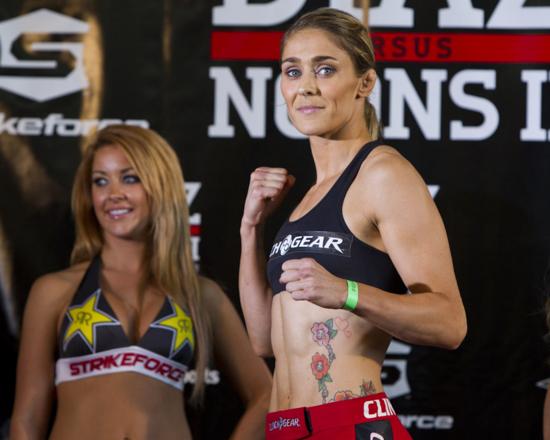 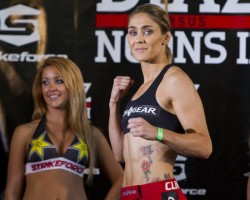 Newport Beach, Calif. (August 14, 2014) – Bellator MMA has reestablished the women’s division with two of MMA’s top featherweights leading the forefront. Finding previous success in the female MMA game, Bellator President Scott Coker has added Marloes Coenen and Julia Budd to the roster to start the next era of the Bellator women’s division.

“We’re incredibly excited to bring in two of the best athletes competing in our sport today,” Bellator President Scott Coker said. “We are making a commitment to bring back the female division to Bellator, and feature some of the world’s best in the Bellator cage.”

A former Strikeforce Bantamweight Champion and Remix World Cup Champion, Coenen has recorded a 21-6 professional record with 15 wins coming by submission and 12 in the first round. Ranked as the number two featherweight in the world, Coenen is ready to get back in the cage and put on an explosive performance for the fans in the first female fight under Coker’s reign.
“After fighting professionally for over 15 years, I am honored to be invited into the Bellator cage,” Coenen said. “Fighting for Bellator brings my spirit back for fighting! It is great to be working together with Scott Coker again as we both have the same vision on fighting. My style is fighting with the objective to knock my opponent out or to submit her. That is exactly what I am planning to do the very first second I step into the Bellator cage.” 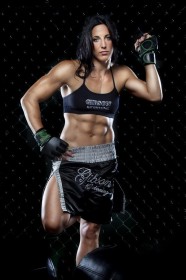 Budd joins Bellator riding a four-fight win streak and is currently ranked as the number three featherweight in the world. Having previously fought for Strikeforce and Invicta, the Canadian striker is known for her strong Muay Thai background and is looking for a strong finish in her return to the bright lights.

Coenen and Budd are scheduled to square off later this year inside the Bellator cage live on Spike TV.

About Bellator MMA
Bellator MMA is a leading Mixed Martial Arts organization featuring many of the best fighters in the world. Under the direction of veteran fight promoter Scott Coker, Bellator is available to nearly 500 million homes worldwide in over 140 countries. In the United States, Bellator can be seen on Spike TV, the MMA television leader. Bellator MMA is comprised of an executive team that includes top industry professionals in television production, live event orchestration, fighter development/relations, venue procurement, sponsorship creation/development, international licensing, marketing, advertising, publicity and commission relations. Bellator is based in Newport Beach, California. Bellator’s majority owner is entertainment giant Viacom, home to the world’s premier entertainment brands that connect with audiences through compelling content across television, motion picture, online and mobile platforms.

About Spike TV:
Spike TV is available in 98.7 million homes and is a division of Viacom Media Networks. A unit of Viacom (NASDAQ: VIA, VIAB), Viacom Media Networks is one of the world’s leading creators of programming and content across all media platforms. Spike TV’s Internet address is www.spike.com and for up-to-the-minute and archival press information and photographs, visit Spike TV’s press site at http://www.spike.com/press. Follow us on Twitter @spiketvpr for the latest in breaking news updates, behind-the-scenes information and photos.