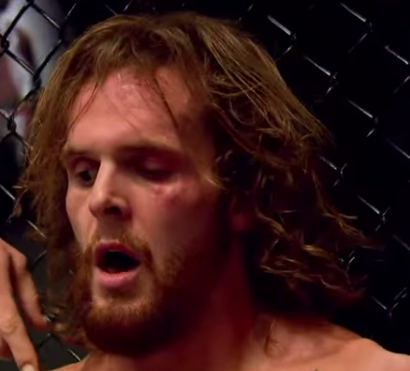 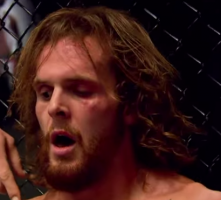 Despite losing in the Elimination Round to Eddie Gordon, I liked Team Penn’s Mike King (5-1) on TUF 19. He was tough, went for it and looked to have some real potential. He was also from Naples. Fla., where I had spent some time. But the 31-year-old middleweight went and got popped for steroids in his UFC debut.

You work your ass off to get to the big show, and not only do you get choked out in your first Octagon appearance, you test positive for steroids and get fired. Daaayyyyummm son.

“UFC middleweight Mike King tested positive for nandrolone following his bout against Cathal Pendred at UFC Fight Night Dublin: McGregor vs. Brandao on July 19, 2014. He was informed that his positive test violated the UFC Fighter Conduct Policy and Promotional Agreement with Zuffa, LLC. The UFC has a strict, consistent policy against the use of any illegal and/or performance-enhancing drugs, stimulants or masking agents by our athletes. He agreed to serve a 9-month suspension retroactive to the event and must pass a drug test before receiving clearance to compete again. He will forfeit his $50,000 Fight of the Night bonus.”

I wanted to add this comment too from the statement page on UFC.com from user jbradyphotography:

“You forgot to add two things…
1) he was fired, and
2) you only fire fighters who fail these tests if they’re not big stars – therefore your policy really isn’t consistent”

That about sums it up I’d say.

TRT, HGH, EPO, performance enhancing drugs, steroids — it is still a problem in MMA and the UFC and fighters continue to get caught. Out of competition and more rigorous testing, along with stiffer punishment, are the only things that will change this.

So let’s do a little UFC PED recap. In the last few months we’ve had: Vitor Belfort, Chael Sonnen, Wanderlei Silva, Robert Drysdale, Kevin Casey, Ali Bagautinov and Mike King all caught in the PED net. Those are just the ones who got caught mind you. Well, Wanderlei didn’t actually get caught, he ran.
[ads1]
[ads2]