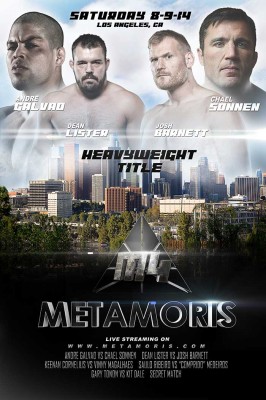 Never let it be said that Chael Sonnen is afraid of anything. After failing drug tests for banned substances he was forced out of his impending fight with Wanderlei Silva and suspended from combat-sports for quite a while. Enter the grappling organization Metamoris.

This weekend the self proclaimed “American Gangster” will face Andre Galvao in Los Angeles in a grappling match. Since combat sports are what the NSAC has jurisdiction over it is unlikely that their arm has a long enough reach to prevent him from competing. Grappling is still considered a non-combat sport and the bout is on. There is no doubt that the notoriously vindictive and spotlight seeking NSAC will be throwing up every red flag, threat of more suspensions, and promises of fines. Chael doesn’t seem phased and made his intentions clear in the following Tweet;

When a Gangster says he will make that walk, he MAKES THE WALK.