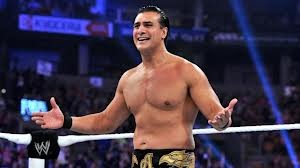 We have been covering all of the WWE network woes and personnel cuts since the juggernaut pro wrestling company’s financial mess started to pick up last year. They recently released beloved long time employee timekeeper Mark Yeaton. Mark’s release has been considered by most talent as a reminder that no one is safe even employees with the company over 30 years.

Alberto Del Rio has been released by the WWE in a move that many close to Del Rio claim to have seen coming. It is no secret that despite the monster push he has received he was never really happy according to those who know him. As for the WWE, they feel they never got out the results that match the effort they put in to promoting him. He was their main tool for reaching the Hispanic market and in most accounts he did not live up to the hype or expectations. If what was reported to be the reason for his release is true when you added to the above his release was a no-brainer looking at the bigger picture.

Our friends at lordsofpain.net reported the following earlier:

We noted before that WWE did not use Alberto Del Rio’s real name when announcing his release from the company this evening. It’s also interesting that they did not wish him the best in his future endeavors.

For what it’s worth, Rob Feinstein of RF Video wrote on his Facebook that Del Rio was involved in a backstage incident at the recent WWE TV tapings. RF claimed that Del Rio had words with an employee who works for WWE’s social media department and allegedly slapped him. This should be taken as strictly rumor for now.

He wasn’t the only one released that took people by surprise. The senior vice president of creative Eric Feldmann was also released, but the troubles don’t stop there.

Now it appears the WWE magazine is going to be canceled. Unless the magazine can be outsourced to another production company to save a great deal of money it looks like it is the end of the line for the WWE popular print media.

We will continue to cover all of the developments as they happen.