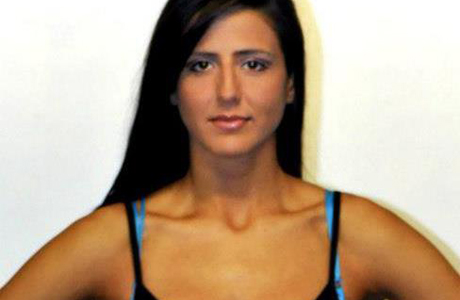 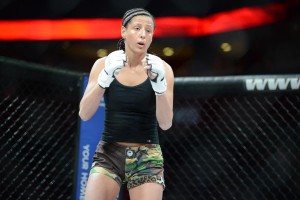 It has been nearly two years since Gina Begley (4-3) has fought in her home state of Kentucky. She has traveled across the country for fight opportunities but now she will get to the Bluegrass State for her eighth fight on September 20th when she meets Ashley Rickard (4-3) at Hardrock MMA 68 in Somerset.

Begley has been fighting elite competition as all four of her recent opponents have been undefeated at the time of their fight. She handed Shannon Sinn her first loss last year in Colorado at Resurrection Fighting Alliance 7. Begley submitted Sinn in the second round with a tight guillotine choke. She made her way to St. Louis for a flyweight title fight against local talent and undefeated Hannah McNitt. McNitt tapped out in the second round.

The AFS Academy flyweight moved up a weight class to take on undefeated Marissa Smith back in May. Despite a strong first couple of rounds she came up short on the score cards after a hard fought battle. Begley has notched a submission in all four of her victories.

If there was a mirror image to Begley, it would be Rickard. The two share the exact same record. Rickard has also won all of her fights by submission. There are a couple things that are a tad different though. Rickard will come in nine years younger than the 33 year old Begley and eight inches short than “Jellybean”.  Rickard hasn’t fought since 2012 when she was submitted by Jessica Zomcik at NAAFS Combat Challenge 22.

Hardrock MMA 68 goes down on September 20th at The Center for Rural Development in Somerset. Stay close to ProMMANow.com for more on this event and tune in to ProWMMA Now! every Monday at 9:30 p.m. ET.