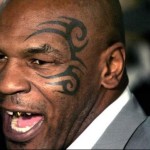 Raw began last night with the WWE Champion John Cena sharing his feelings about his newly announced opponent at SummerSlam. His challenger will be none other than the Beast Incarnate Brock Lesnar. Paul Heyman quickly interrupted the champion and let him know that Brock Lesnar would show him no mercy. True to form Cena quickly let Heyman know Lesnar may beat the hell out of him but he will “never give up”. Cena attacked Lesnar’s heart, saying he was just a part time superstar, while the WWE is his life. Spoiler alert: I don’t see any way John Cena loses. The WWE would be making a gigantic mistake by crowning a part-time Lesnar their champion. They’d be missing a fantastic opportunity for WWE fans to witness Cena vs Reigns vs Orton week after week following SummerSlam.

Last night we had a nostalgic flashback and were treated to an old fashioned Chris Jericho tongue lashing of Stephanie McMahon. For his efforts the Ayatollah of Rock and Rolla was awarded a match with Mr. Money in the Bank Seth Rollins. At the end of the contest Jericho stunned Seth Rollins with a “Code Breaker” and was preparing to go for the pin and win. Suddenly the Wyatt family interrupted and proceeded to beat Chris Jericho unconscious. We were all left anticipating Chris Jericho’s revenge on Bray Wyatt at SummerSlam.

AJ Lee exacted revenge on Paige as she gave her a beatdown similar to the one given to her last week by the former Divas champ. No doubt these two beauties will continue their battle at SummerSlam.

A magnificent six man tag match teamed Rybaxel and the Intercontinental Champion The Miz against the showoff Dolph Ziggler and tag team champions the the Usos. An incredibly entertaining back-and-forth battle ensued with Dolph Ziggler finishing Ryback with a zigzag. A weird overtone to this match was that Xavier Woods, Big E, and Kofi Kingston watch from ringside. What’s their deal? Obviously we are going to see an Intercontinental title defense by The Miz against Dolph Ziggler at SummerSlam. The big question is who will the tag team champions be facing? Rybaxel? Harper and Rowen?? or Big E and Kofi???

The Bulgarian Brute Rusev continues to run roughshod through the WWE as the ravishing Russian Lana continues to condemn American culture. Zeb Colter and Big Hoss Jack Swagger have heard enough. They interrupted the Russians again last night and Jack Swagger ran Rusev from the ring with an attempted patriot lock. I don’t know about you but this feud reminds me of Sergeant Slaughter versus Nikolai Volkoff back in the day. No doubt this match is going to be lined up for SummerSlam. Will Jack Swagger be the one to break the Russian’s streak, or will the Russian super athlete continue to dominate the WWE roster?

Who wants to see a match between Roman Reigns and Randy Orton? This guy! Roman Reigns is having the worst day ever as he was ambushed last night by the Viper on his way to the ring for a match with Kane. Reigns flipped a switch on Orton when he realized Reigns cost him a shot at the title and turned him into the apex predator nobody wants to face. With a little help from The Demon and his patented choke slam the Legend Killer gave Reigns the beating of a lifetime. Orton punctuated the assault with two RKOs onto the announcers table. No doubt this grudge match will be one of the most anticipated at SummerSlam.

Finally we have some closure in sight for the Stephanie McMahon versus Brie Bella feud. Brie agreed to drop assault charges filed against Stephanie if she would reinstate her and face her in a match at SummerSlam. Stephanie reluctantly agreed then proceeded to slap Brie again and taunt her. I don’t know if this match is going to be good or bad but no doubt it will be like watching a train wreck. No matter what happens you won’t be able to stop watching.

I’m Teddy Turnbuckle. Please come back and check out our WWE coverage as we get closer to SummerSlam on August 17.

Brie Bella and Stephanie McMahon agree to battle at SummerSlam: