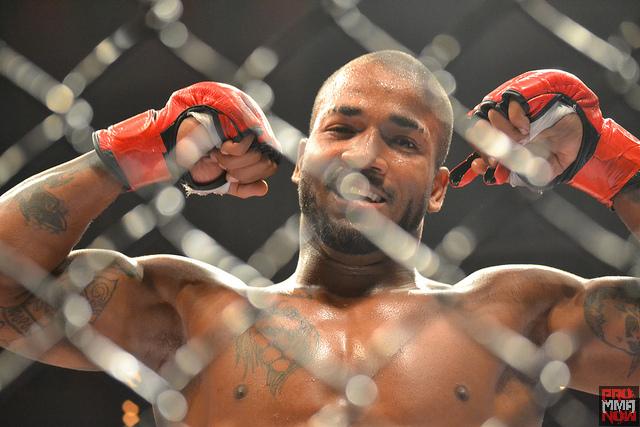 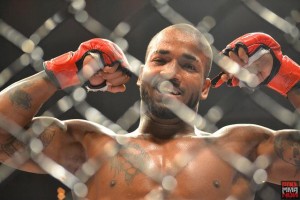 Despite Bobby Green defeating Josh Thomson via split decision at UFC on FOX 12 over the weekend – I actually had Green winning all three rounds – the updated official UFC lightweight rankings still have Thomson ranked ABOVE Green. How does that make sense? Green is undefeated in his UFC run, with four straight wins over Jacob Volkmann (submission), James Krause (TKO), Pat Healy (unanimous decision), and Thomson (split decision).

In now what is his second UFC tenure, Thomson has exactly one win, with two losses. Thomson should be applauded for his knockout win over Nate Diaz in April of last year. That’s huge (even though Diaz is no longer even ranked). But since then, Thomson has dropped a split decision to Benson Henderson, and now the split decision to Green.

Since both Green and Thomson both made the transition from Strikeforce in 2013, lets look at their records prior that. Green has now won eight straight fights and has not lost since 2011, when he dropped a split decision to Gesias “JZ” Cavalcante in Strikeforce.

As for Thomson,  he is 4-4 in his last eight outings. Since 2012, Thomson has fought five times, and has gone 3-2. Those two wins were over the aforementioned Nate Diaz in April, and KJ Noons back in Strikeforce. So tell me again how Thomson is ranked ahead of Green?

One might argue that Thomson has faced tougher competition. And I would not argue with that. But he still LOST TO BOBBY GREEN!! And if you don’t beat that “tougher competition” then how much weight should that really carry?

Green did make a nice jump up the rankings after his win over Thomson. He was at number 13, and he moved up six spots to number 7. Thomson was at 3 and dropped to 6. In my opinion, Green should now be at 6 and Thomson at 7. How do you beat a guy and not take his spot in the rankings? Please feel free to share your opinion. Educate me on this if I am somehow not seeing the light.

Here’s the complete updated lightweight rankings as of July 28, 2014.

Check www.ufc.com/rankings for the latest rankings for all UFC weight classes.
[ads1]
[ads2]