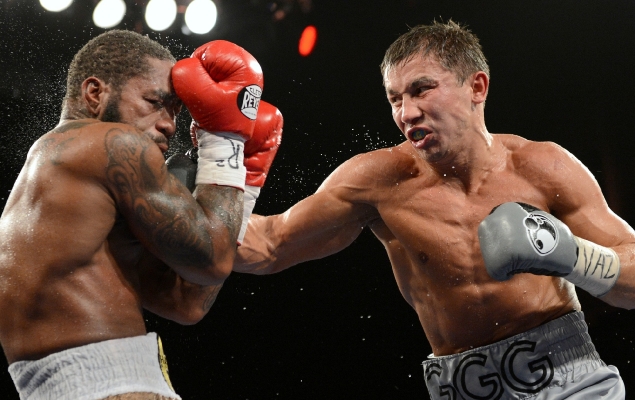 If you missed the fight as it aired,  the video highlights are below (video may take a couple seconds to load):

“GGG” was asked who he wanted to fight next in his post-fight interview and he wasted no time calling out champion Miguel Cotto.

“Miguel Cotto. 100 percent,” Golovkin said after his big win. “I respect him. I respect his style. This is a the best present for everyone. For TV, for my fans, for everybody. For boxing.”

Of course, Cotto improved to (39-4) with a one-sided beatdown over Sergio Martinez in his last bout in June which also took place in Madison Square Garden. It’s a fight that would surely draw big interest. The real question is who do you think would win this currently hypothetical matchup?